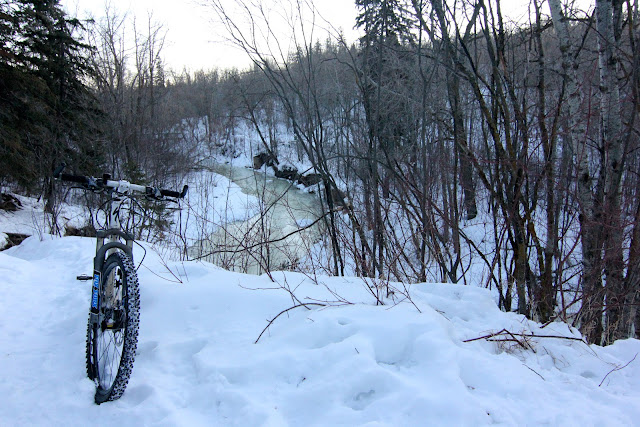 Sore legs seem to have been the order of the night. Why though? I haven't had a decent bike ride in quite some time. I tried to punish them for misbehaving and attacked the hills with furious vigor. Instead once part way up it was the equivalent of getting excited for a movie and it ends up being a musical. Quite incredibly sad really.

I did make it all the way to the new Walterdale bridge construction just to see what all the fuss was about in regards to the trails. Of course I ignored the detour signs and went straight down to where the work is being done. Of course there was really no way around the fence other than forging my way through knee deep snow. There was a very narrow path around the perimeter which included lots of ice causing me to bail twice while holding my bike. I noted to myself that this route was a bad idea and I must come down here again soon to see where the detour leads.

And oh yes. I hate musicals.