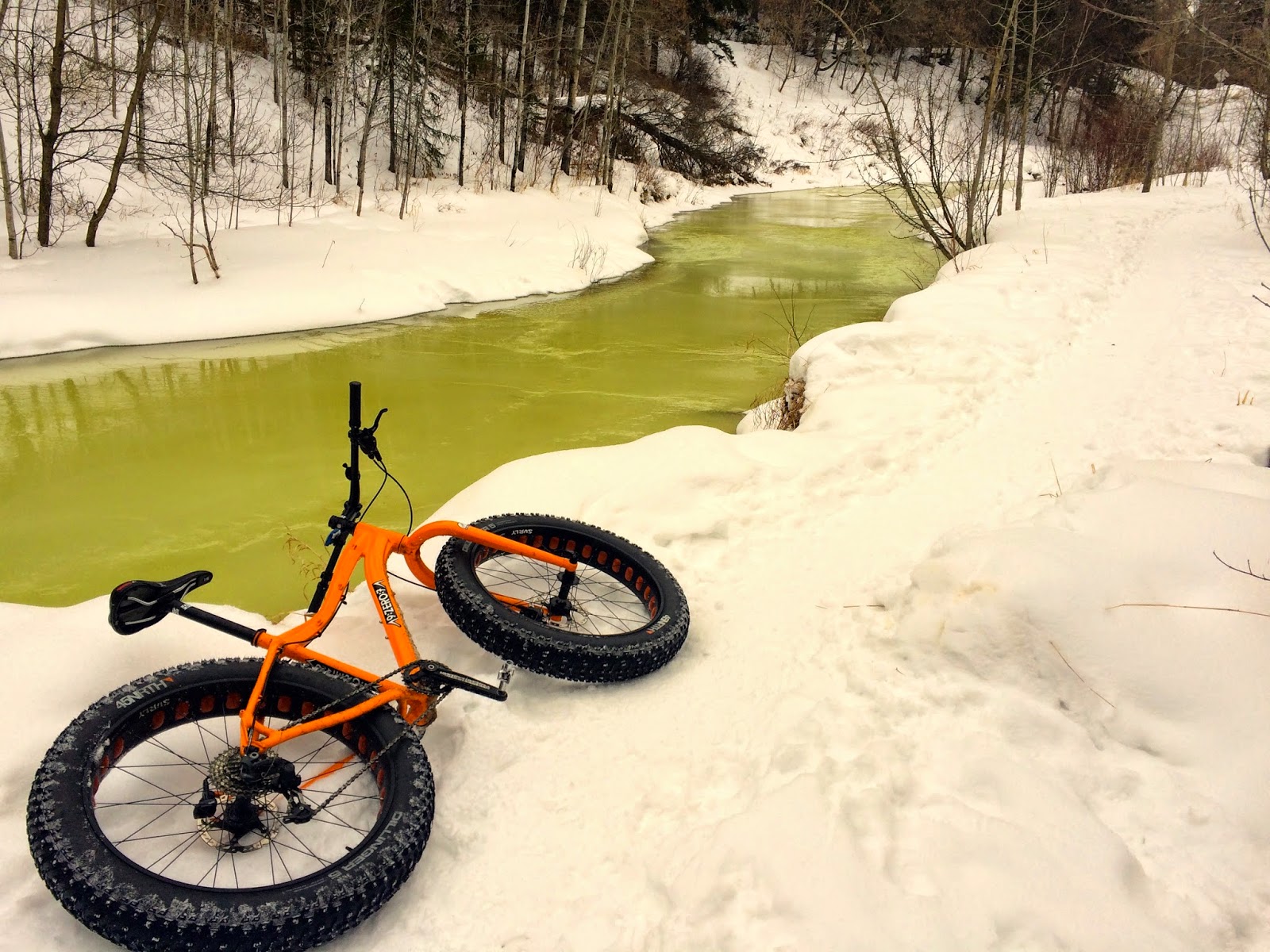 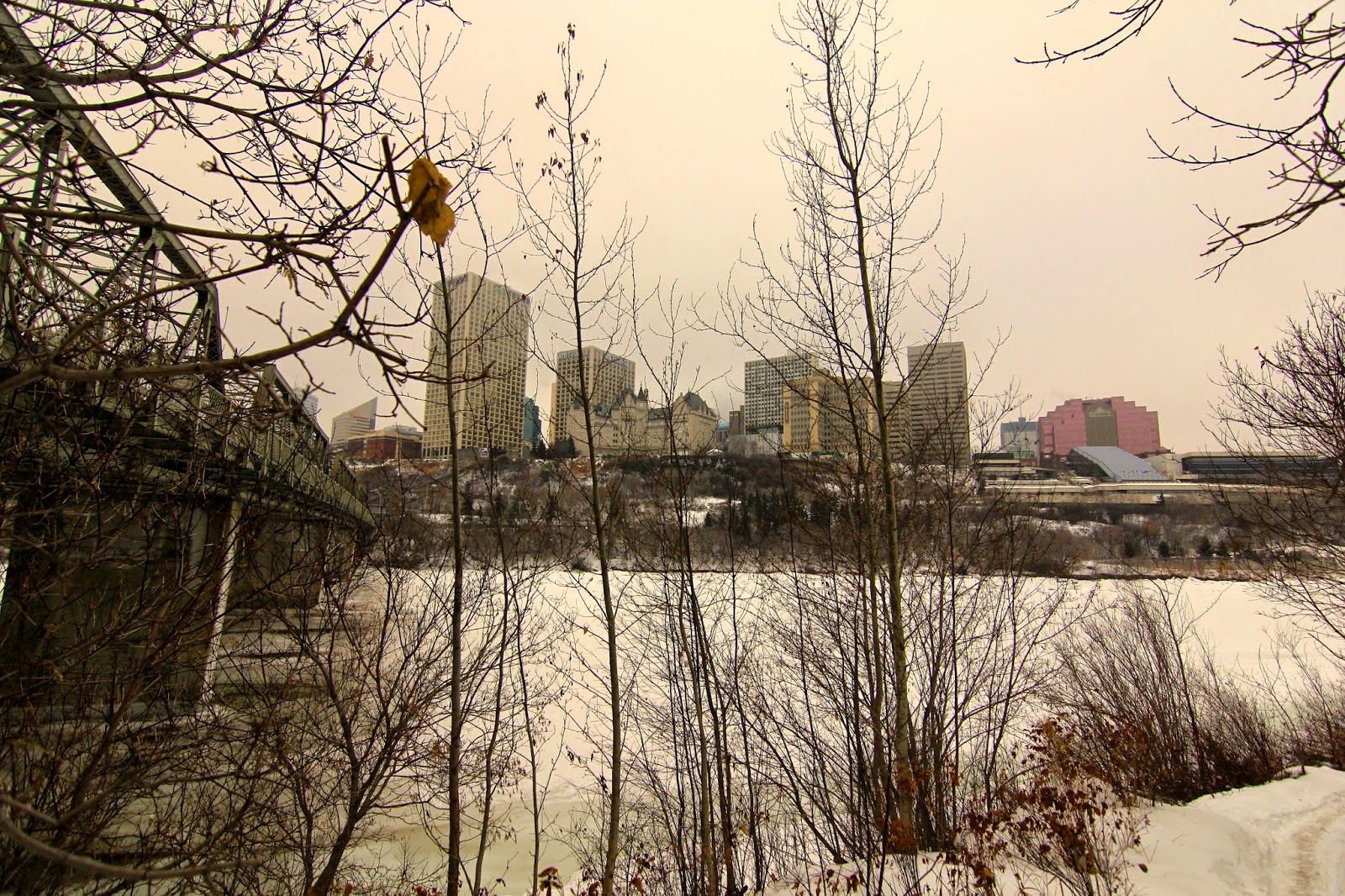 After yesterdays twenty five plus kilometer trek through forests, over streams, through former neighbourhoods, and capped off with tremendous shiny balls how could I live up to the awesome that was yesterday?

A short power ride, that's how.

I thought my legs would have nothing to give today but I was wrong. All this riding has gotten me into some good January shape which is pretty sweet, this has nothing to do with being one of those resolutioner nut jobs that vows to get in good shape in January. I'm in between jobs, with the down time between sending out resumes and waiting to hear back, I get to ride my ass off and it's great.

Today started at Mill Creek's classic parking spot. The plan was to beat rush hour as the ride started somewhere around 2:20 meaning I would have to be back by 4.

It was on, I powered through Mill Creek and sought singletrack refuge out west through Old Timers and Gnome trail with a return via the doomed Walterdale on the rather bland North side trails from the baseball stadium to the doomed Cloverdale footbridge. "Odd how I rode both bridges in the river valley which are supposed to be destroyed" I thought as I crossed the Cloverdale, that thought was quickly replaced on what I would have for dinner tonight, quickly followed to wondering what Margot Robbie was probably doing at that very second... And on... and on...

The return through the hills of Mill Creek was (oh shit! I'm starting to run out of adjectives to describe awesome moments!).... Splendid! (Did I use that one already? Yes. Damn.)

The ride home through Mill Creek was a great way to end this one and I'm thinking I should include my old beloved Ravine on more point of origin bike rides. Mill Creek is awesome. How could I have left it out of Edmonton's top five trails?