The Attack of the Old Virgins (and some singletrack slaying) 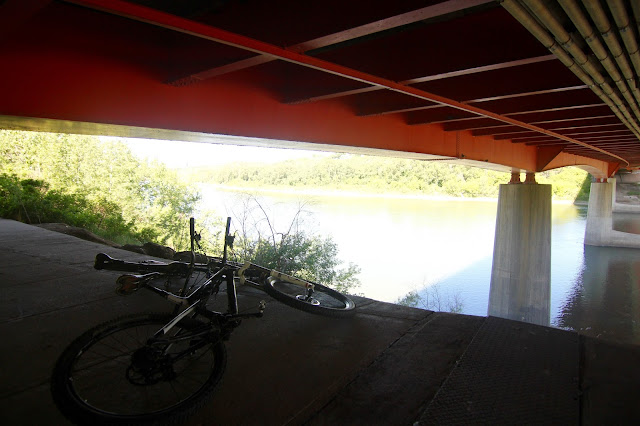 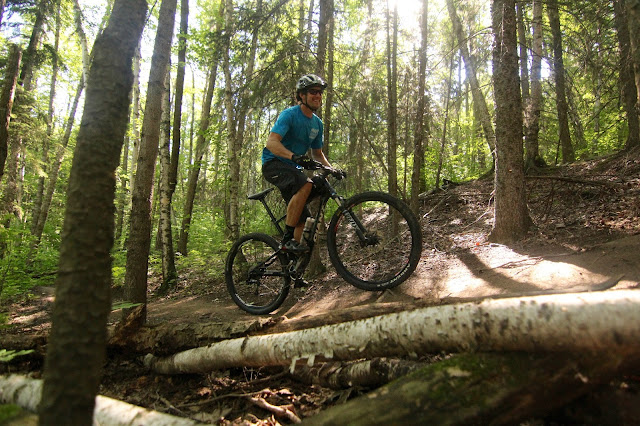 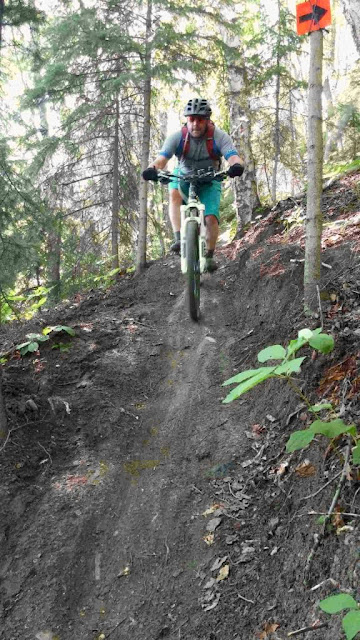 A meet up with Kent in the Science Park on a marvelous looking Saturday morning. Hearing there would be around two hundred and fifty Juventus kids riding there we wasted no time getting going.

Until I noticed Kent's hair.

The meeting in the parking lot was a long time coming. The last time we rode was on a rainy Sunday with Gord where I ducked out early.

Once I saw his feathered flowing locks of hair I was entranced. "Boy Kent, that hair... All I gotta say is wow!" He replied with a proud smile "oh I know, I look good!"

Picture an 80's hockey haircut sans mullet but made for the current times. I was really sad to see him put on a helmet. As the ride progressed we took coffee breaks on the bridges to get away from the mosquitoes and he would take off his helmet. All the women who walked and ran by said 'hi,' I thought it was my Internet fame but quickly realized it was Kent's dreamy hockey hair.

The ride perhaps: one of the best of the year started with an overzealous Kent destroying me in that shitty Science Park singletrack. I kept up but soon lost it on a tough climb out of the valley.

After a good ten minute pout on the side of the trail we rode on and up through a radio controlled airplane field. No planes were flying and instantly we were yelled at by a cantankerous old virgin "No bikes on the runway! No bikes on the runway...!" He ran towards us yelling. I rode on trying to supress my laughter. He engaged Kent telling him the planes have twice the power of a shotgun. That right there is some serious shit kids!

Aww I kid, glad these guys have hobbies is all. Beats sitting in the basement. Not as bad as those guys who go around taking pictures of trains.

The old man virgin factor in that airstrip though.. Through the roof.

As I said, incredible ride. Gold Digger, Andre's and all the greats on the east side of the valley were hit. It was cool seeing a lady ride the same trails by herself. We passed her, we rested, and she passed us. I became a bit obsessed much akin to the liking of Kent's flowing locks. She looked a bit new to the bike scene and was riding the tough singletrack which was quite awesome.

The ride ended with all energy spent. Not even 30km but it felt like 60. I'm sure Kent was good for another 30. Guess that comes when you ride everyday.