A Day of Foot Dabs and Swearing 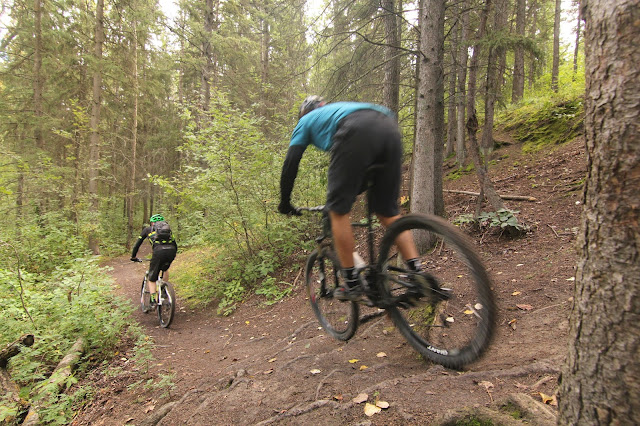 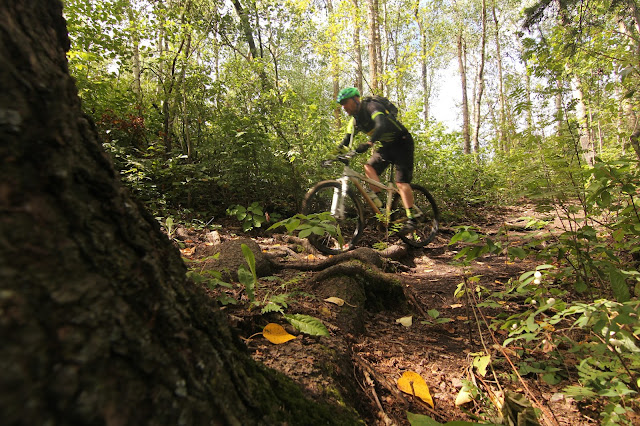 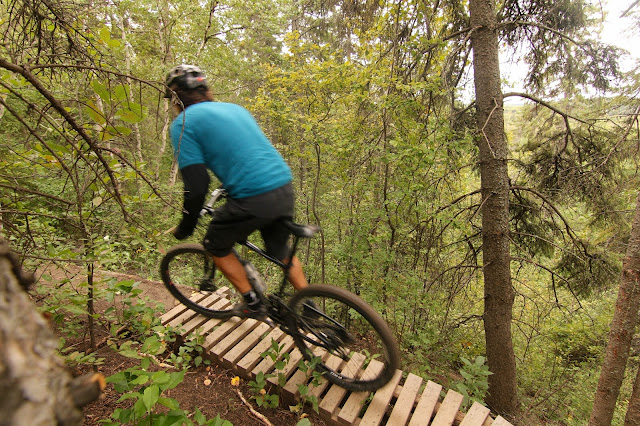 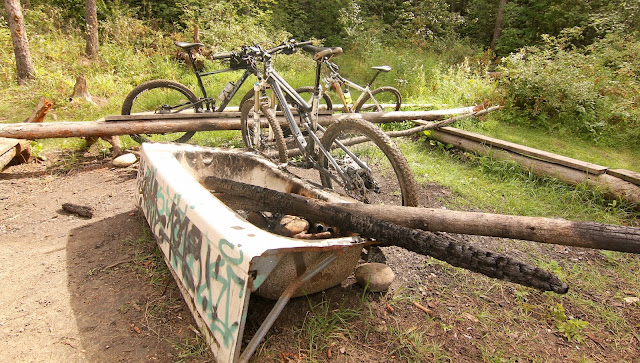 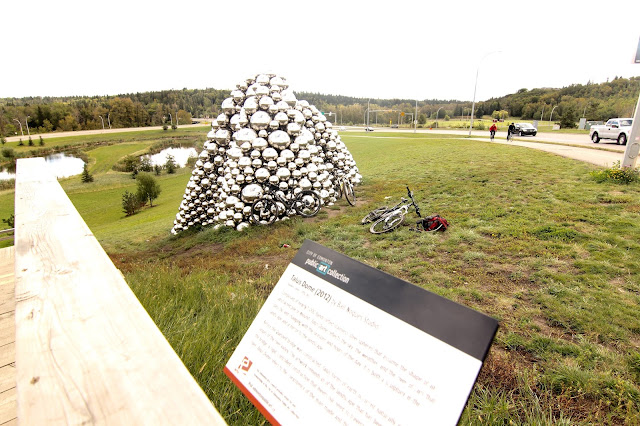 A meet up with two members of the Lonebiker Brethren today and it was long overdue. Gord and Kent showed up to punish my poor out of shape body and tried to get my diffused riding soul back in order.

The ride started in Kinseman and quickly we rode up into the hills. Something I was not wanting to do but the peer pressure was on something fierce. Within 1.5 kms in I was winded, grumpy, and was wanting to throat punch the first trail runner I saw. Not a good way to start the ride.

I told them I was heading down to the multi use to warm up a bit better and they conceded. Sooner than I wanted we were at Six Shooter and climbing and the evil throat punching thoughts came again.  I had to stop and catch my sanity a few times and meet the boys up top. I said nothing, they felt the struggle and I led the way to Machete when things got infinitely better.

Funny how awesome slightly sketchy downhills do that sort of thing.

Formerly flooded trails were ridden and a retreat occurred. Soon we found ourselves in Wolf Willow where I knew I would be finished by the end of it.

The roots and tacky mud made the trip a bit sketchy and I think I broke a record for foot dabs as I slowly encountered each root with heavy trepidation and not surprisingly it threw my front wheel off. I was going so slow it didn't matter. Kent and Gord rode on with not as many issues. Like true champions should do. Oh who am I kidding. Wolf Willow laughed at us today. They had foot dabs just not to the extent that I did.

The ride broke up after lunch on Fort Edmonton footbridge. Gord rode up into Selkirk and Kent hit the afterburners for home.

I was tempted to hit Mackinnon on the way home but climbing the paved trail from the stables to the top of Belgravia made that dumb thought quickly diminish. Eventually Gord caught up to me and we took the reverse rout of Six Shooter and soon found ourselves back at Kinseman.