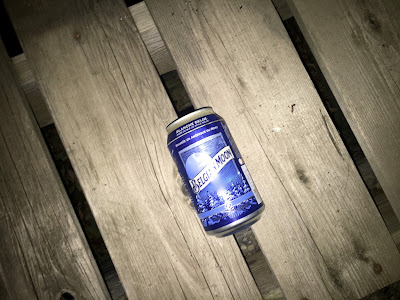 Another beer review and another poorly thought out intro...

A rather boring day which is why there is nothing to talk about. A day spent mainly on the couch with an iPad with Netflix and Youtube videos met with napping in between. Yes lame I know but coming off nights is not an easy task. When this is posted I will be full blown into it and there won't be any issues. Other than the issues of coming home and trying to get into a routine again. Should I just stay on a night schedule when here?

I'm sorry, I just realized how unbelievably boring this must be. Did I mention I keep having a reoccurring dream that my dentist retired?

Did I just lose more of you? We will just get on to the beer review and stop all this boring bullshit.

Belgian Moon, a company out of Canada which seems to be owned by Molson's. After a bit of research it turns out Molson's started this to get their foot in the door in the giant craft beer market. Crafty little buggers they are as their website is set up like an independent brewer.

We poured and it had a very large head that sat on top of a hazy golden bodied beer that tempted us with its savoury looks. Much akin to that redheaded bookkeeper at the library that doesn't know how to dress quite well but something about her is quite stunning. This beer has me intrigued.

The head disappeared quite fast and soon we were diving in to this one. A rush of citrus is there met with what would be a watered down beer that had potential but was soon washed away with every sip. You are supposed to have an orange slice with this affixed to your glass but none of the interns brought any. Hence a mass firing took place after the review. 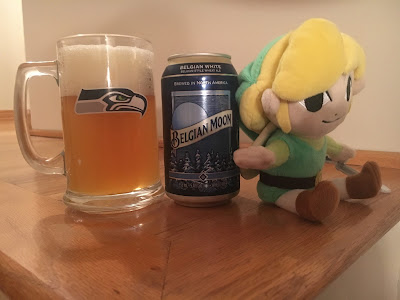