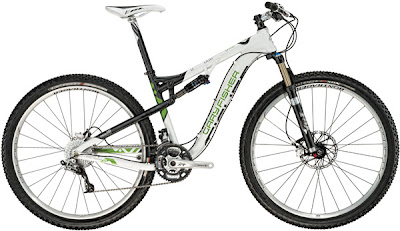 To start this off , let me first say Rest in peace Gary Fisher .......Gary Fisher bikes that is . Recently Trek bicycles who have owned Gary Fisher for quite some time grabbed the big evil machete and lopped of the head of the once cool , proud and large bike line . There have been many rumours going around as to why , but in the end it`s just business . Gary Fisher who turned exclusively to the 29er market (dem`s big wheels ya know) had a large percentage of the sales in the big wheel world . Treks 29er sales were not so hot , thus they axed the Gary fisher name and turned it into a joke ........I mean a "collection" . You can still buy Gary Fisher bikes , but sadly will have that joke of a name on the side (my apologies to all you Trek fans). So now Trek has the Gary Fisher 29er stable as a part of theirs .

Anyways , the Hi Fi . The bike I would be riding right now if that darn Mojo wasn`t so cheap at the time . The bike comes with Genesis geometry , a hydroformed butted aluminum frame , and 5" of travel front and back (almost 5 in the back) . The bike was made more for the "all mountain" crowd but alot of guys (and gals) have used it for cross country racing as the bike is pretty darn light . The most I have ever ridden this bike was on a test in St Albert down the street and back (26" wheels at the time) and I was ready to press the trigger on a new bike........until a trip to Hardcore bikes .

I do wish in a strange way I bought a Hi Fi , something seems mystical about them... 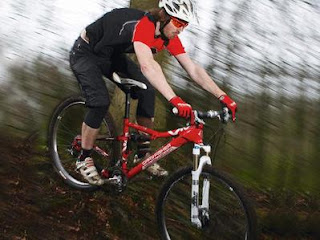