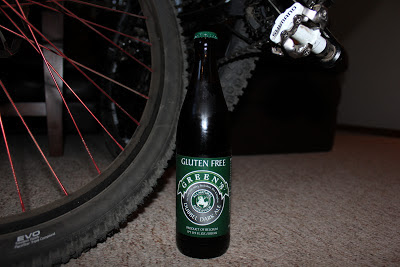 I poured with much trepidation as I reviewed a gluten free beer in the past and from what I remember I wasn't doing cartwheels once it was done. What amazed me about this pour (have you ever noticed how every pour just fascinates me beyond all measures?) was the incredibly large head that seemed to stick around forever. The head was a golden colour that sat very proudly on a dark angry looking beer. The first sip was a relief as this was quite good, in fact the taste buds were singing praises to my little head that was in awe of what was being experienced. Shall I say baked apples, and caramel with a light carbonation taste? Yes, I'd go with that. After more sips it did seem to be a tad watered down. Was that my taste buds playing tricks on me? No. It isn't. Thats just the sad truth.

In the end though, this beer still comes out a winner. 3.5 suds out of 5 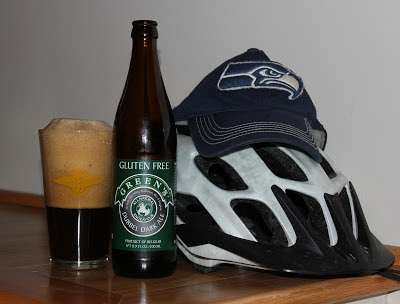