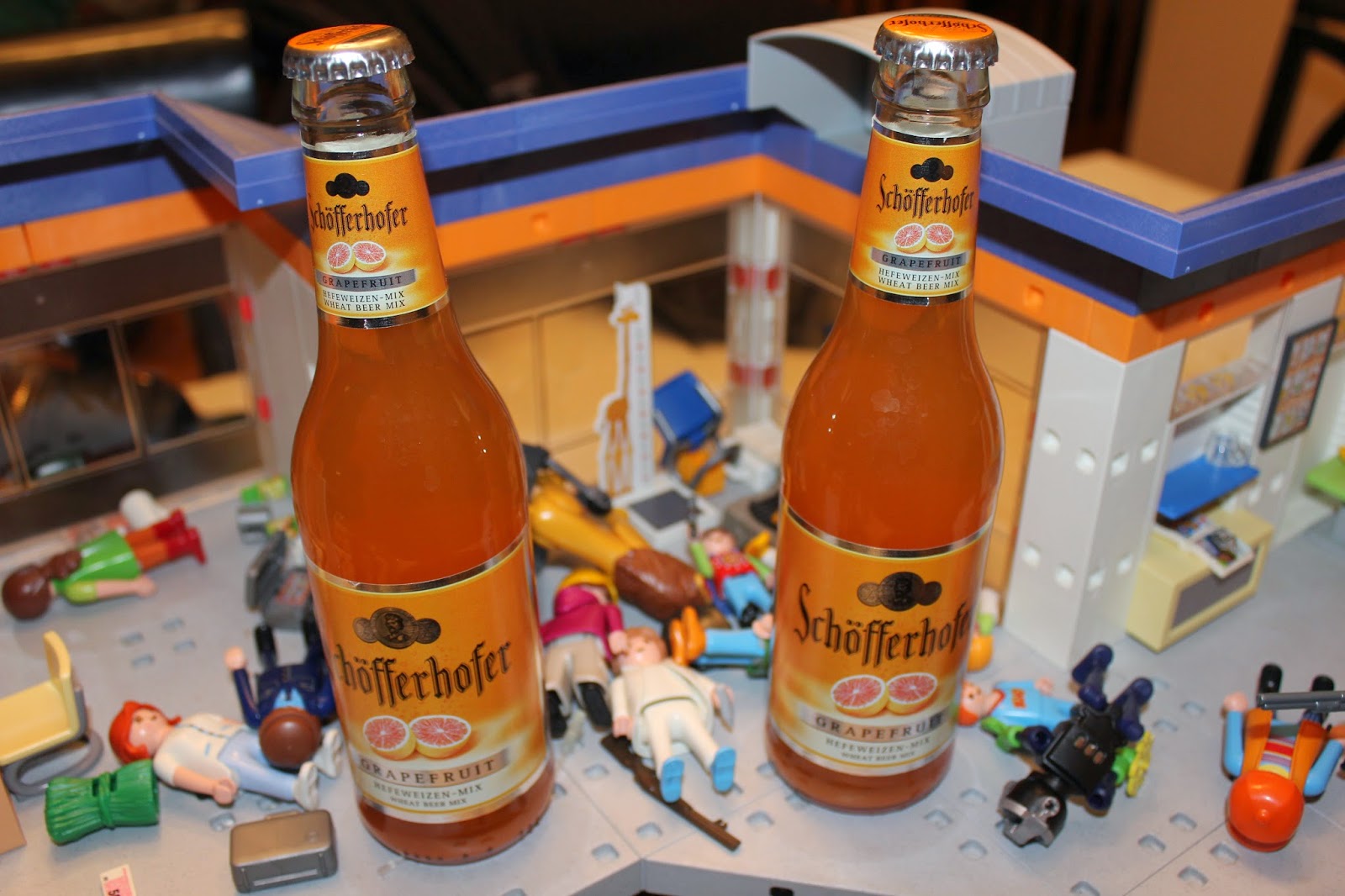 Bike riding blue balls is the worst, and I am suffering from that atrocity this evening as I write these words. The plan was to go after work, I went, parked, got ready, was ready to hop on and go all the while evil voices in my head kept telling me to go home and chillax, cause I had a hard week, not thinking of the cool calming affect a bike ride in the river valley brings a person. I caved to the voices and packed up... That's right, at the trailhead and went home. Instantly I felt guilty in the Jeep as I put it into drive and have felt like shit all night ever since.

Well thankfully I have beer to drown my sorrows away, I have in fact a German grapefruit beer to try and do just that. Schofferhofer has been around longer than you and me boys and girls. Well maybe not? This brewery came about in Nineteen Twenty One, the year West Virginia imposed its first sales tax. Also the year Houdini started Houdini picture corporation. Who knew!?

The pour into my trusty Hardcore bikes mug revealed a small one fingered head that reminded me about the poor Ukrainian region of Crimea being handed over to Russia without a whimper. Small and weak. Was it because this one sported a wimpy 2.5% alcohol content? I would fathom a resounding yes to that question. The first sip was heavily saturated in grapefruit which I truthfully like. Grapefruit is a pre ride favourite that douchebags the world over make fun of me in the matter of how I consume it. Yes, I peel the skin, so what? As I drank this one I could not get any sort of beer flavouring to make me happy at all. It was more of a punch drink that an annoying junior high school girl would have at a bush party. I got no satisfaction out of this one at all. With biking blue balls I now have beer blue balls. I think I'll go to bed now and forget about this evening.