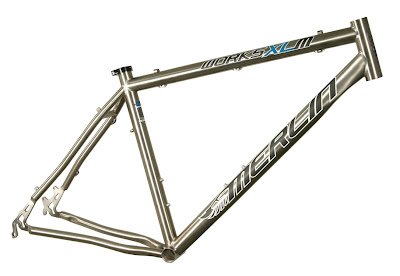 Is there anything better than an incredibly nice titanium hardtail ? My answer is no . I think every mountain biker who has been riding for a while has that one type of bike they just lust over . Whether it`s a 8'' dual suspension downhill bike , or a singlespeed cross country knee busting steel hardtail . Mine is obviously ti hardtails . It was the Rocky Mountain Tibolt that first caught my eye sitting outside Freewheel cycle in Jasper Alberta . There was something about the unpainted look of the dull titanium that gave me the lusty thought of riding one deep in the woods in the mountains on a cool fall day . The very thought of that makes me tingle in my nether regions (can I say that ?) Once I read about the snappy ride and the way ti frames absorb trail chatter I knew I had to have one .

Bring on the Merlin . I can`t remember when I first saw one but know it was a long long time ago . The frames are handbuilt in Tennessee and I know of a few that have made there way to Edmonton , one in particular in Terwilliger park who I met up with and got to ride with (although not on) the guy was pretty nice but seemed a little put off when I asked if I could touch his "s bends" . Hey I was only kidding ! The only bad thing about super nice frames like this is rich wealthy white guys are attracted to them like television reporters are attracted to bad hair . Thus bringing up the poser level very high (not the guy I rode with in Terwig. at all) . The Merlin has true craftsmanship with it`s famous s bends chainstay . Now the most copied rear triangle in history , or the engraving on the bottom bracket and the dropouts , and of course what would be incredible welding .

When it was coming down to decide what frame to get last Febuary the Merlin XLM was probably second on the list to the Moots , a close second . There were many talks with my wife that had me wonder if I was making the right decision . If I got the Merlin this would have been bike lust for the Moots Rigormootis . Did I make the right decision ? I don`t think it would have mattered . 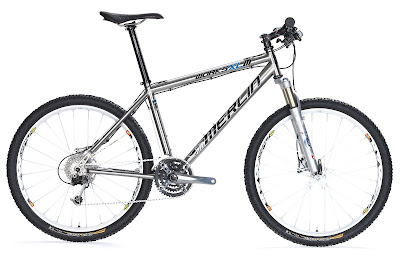