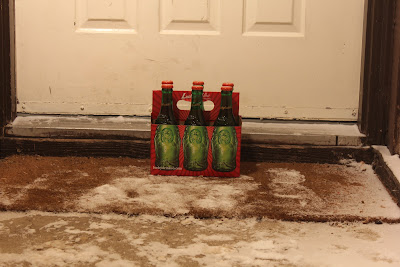 The beer God's truly were smiling down upon my balding head tonight as I returned home from a festivus pre wife birthday feast. The Lonebiker executives and shareholders were in a meeting for a staggering eight minutes and thirty seven seconds and decided to kibosh this weekends beer review. The decision was made to do no review when the return to Lonebiker headquarters was met with six beers sitting on the front door. Since starting this review section of the riding blog I have been enraptured by all sorts of free beers to demo. Not once have I come home and had this act of kindness bestowed upon my doorstep. I know who you are, you know who you are... I say thank you!

Smiling Buddha. Direct from China. I will not get too descriptive as to it's exact location as I don't feel like typing all those letters and quite frankly, you don't give a jackshit. The rumor on the Internets is this is a beer that originated in Australia. How it ended up in China is somewhat of a mystery but as I said earlier, you wouldn't care less and I would just bore you. We could make something up though and say that evil armed Chinese Ewoks riding double headed unicorns came and stole it away from a band of Australian sex slavemaster sexy super bikini models, who are now planning their revenge to get the brewery back which will ultimately end in an explosion, blood, flying squirrel, and topless boob, filled movie ending which will be so awesome that the world would implode due to the sheer magnitude of the events that took place.

But that probably isn't true so it won't happen.

The bottle which is somewhat of a work of art and should be bought just for the sake of having was opened and poured.  The pour gave a good golden colour that produced a fine two fingered head. The first taste gave me a skunky bad aftertaste and my night was ruined. I calmly sat back and had a few more tastes and thought that skunky taste was gone. Or was it? No it was still there, only to be accompanied by a watered down somewhat skunky taste. This beer is truly worth getting just for the bottle, those bottles would make one hell of a vase or paper weight. Although this may not pass the high standards of this fine website, it truly was a nice thing to come home to on a Friday night. 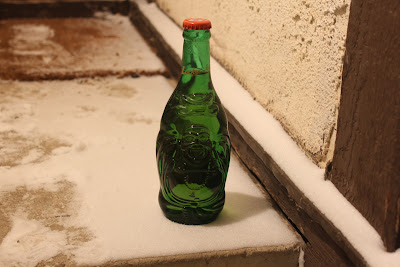 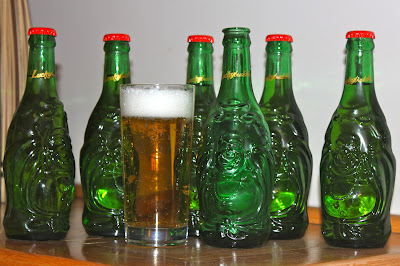