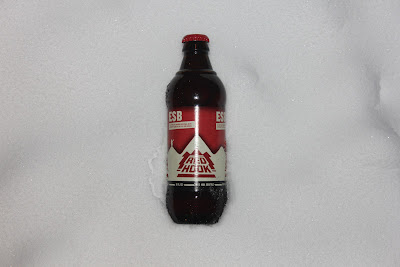 To the one or two people remaining who may be coming on here. I am proud to present you with a beer review. A beer that hails from Seattle, a city that I seem to have a special fondness in my heart for. The Seahawks, the music, and the overall swellness of a fine city give me illicit dreams that I dare not speak of. Could this city also rule at beer making? Truly making this city a beast to be truly reckoned with in terms of absolute pure awesomeness, I only shudder to think of what might be if they are gifted in the ways of fine craft beers...

Headquartered in Seattle with operations in Portsmouth, New Hampshire, the brewery was started in 1981 and is now run by the craft beer alliance. Clearly a great alliance as far as alliance's go! The craft beer brewer has nine beer's in their lineup.

The opening and pour were done with no major incidents taking place. The two and a half fingered head stood proudly on top of a deep golden coloured beer that made a Friday night all that more special. The first few sips were done and I was happy, happy as that of a trucker finding a Denny's on a long lonely stretch of highway. They say this beer is brewed in the style of a traditional British Extra Special Bitter, hence "ESB" but you cannot sense any bitterness out of it. I am not a pale ale fan but this one stands proudly above all the rest. Slight toffee and grain come at you with this fine beer and no it's not my strong Seattle bias speaking out proudly right now. This is damn good beer.

Seattle. You dog you. You did it again! 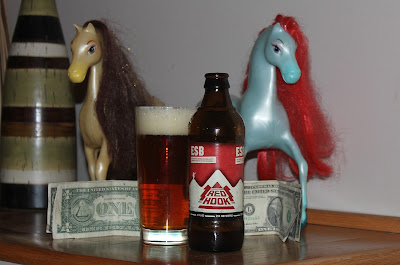