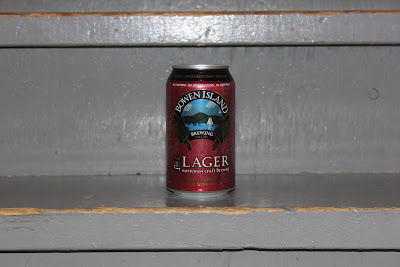 A beer Friday when I didn't do anything all week except open presents, eat, enjoy a few, and of course get sick. Thankfully I'm good enough now for a beer review. I had my standby tester waiting but after a two hour meeting with Lonebiker executives I was deemed good to go. Well thank the good lord they gave me a shot! I mean I was really nervous. Let's get to it shall we?

Bowen Island brewing, located in Vancouver, British Columbia and named after the island just off West Vancouver, the island is a place I could easily end up once I make millions bike blogging. What? Did I just hear snickering?

The brewery opened in... Wait a few minutes. This is one of "those" breweries that like to keep things quiet on the internet. After searching for a full minute and twenty seconds, I gave up. They do claim to be one of British Columbia's oldest breweries but are not backing up their claim to fame with facts. These guys are living on the edge.

The pour sprouted a magnificent head that boldly stood on top for five minutes allowing me to find my memory card for my camera. The first sip was not something that I would want to call my Mom and tell her all about. Considering you could get these for around a dollar a can I should not be expected to call home. There is taste of sweet nutty hops which doesn't finish too well. A watered down taste was somewhat evident but as I said, this is cheap beer meaning you don't get to complain. Except for me. 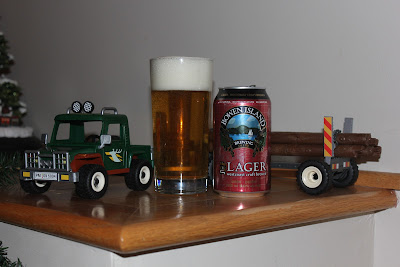