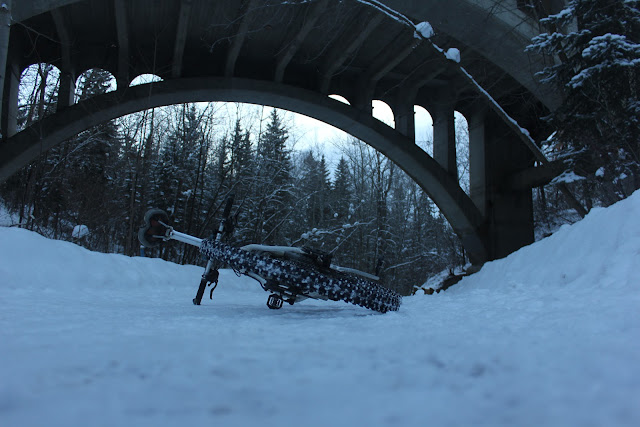 I had to get out after watching what I just watched. Feeling sick and deflated much like one would feel after being dumped by a really cool girlfriend, I needed relief. I threw the bike in the truck and made my way to Kinsmen park to see how my old girlfriend  "Mckinnon" was doing.

I had to get there and see what things were like in the frigid January weather. Compare this to creeping on an ex on Facebook, checking up on Mckinnon was something I had to do. Once there I could only wonder why it always seems so much colder than the rest of the valley. I noticed this strange phenomenon in the Spring time as well when once you round the bend the temperature drops. I made it to the singletrack, rode and smiled. It was nowhere near as good as the dry months with all the roots and technical riding but it was still pretty awesome. Awesome enough to help me somewhat forget what happened earlier in the day.