I Don't Get the Monday Blues 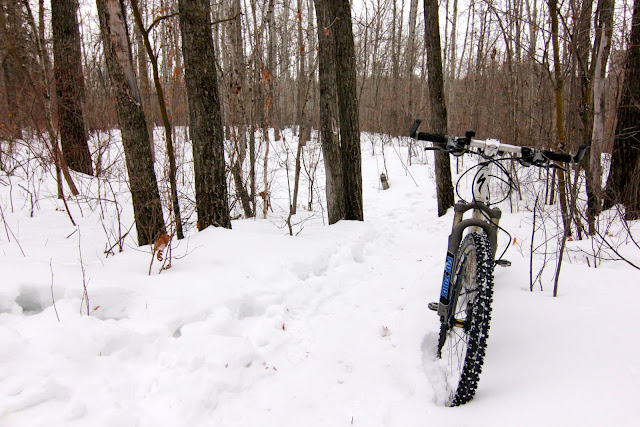 That's because I actually love going to work, unlike many other people who hate their jobs and post why they hate it all over the likes of Facebook and Twitter. Oddly enough it's the same people who go from job to job that find problems everywhere they go. That's not odd, that's sad. Well my solution for their problems: Ride bikes! It's that easy, they will find a good Monday after work ride is just what they need! Oh who am I kidding. That would never happen. These are the same folks who look down at bikes as kids toys. So let them wallow in the misery. They would just plug up the trails anyways.

Today's ride took me from Mill Creek to Walterdale. Not a big ride by any means but I was being pushed by the inner demons who keep reminding me that the real season is fast approaching. Stopping for only two picture breaks and one un-photographed potty break (terribly sorry) it was probably the fewest stops I have had on any given bike in the last four years. Yes, I seem to stop lots on any given ride.