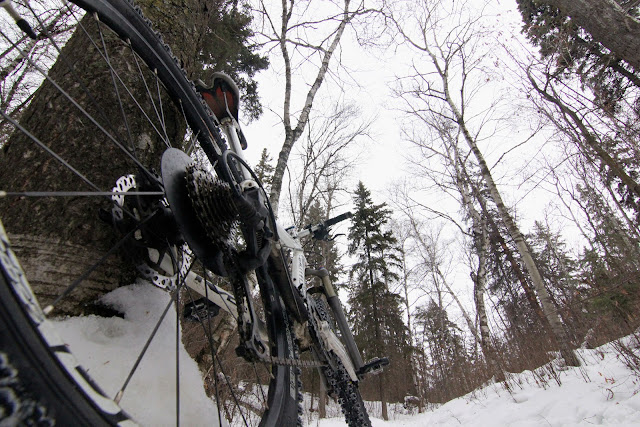 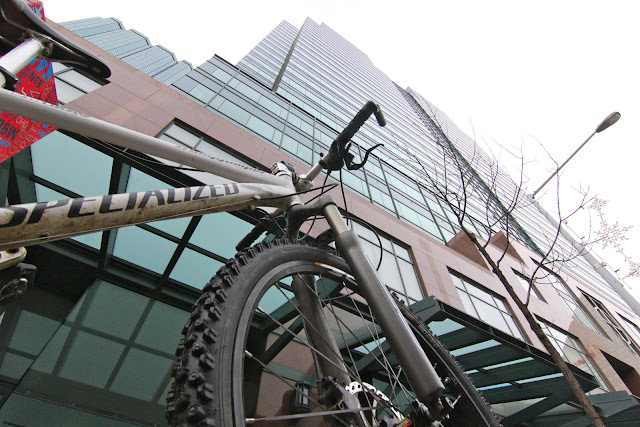 This Saturday morning excursion had the best of both worlds. That being said if one enjoys riding in town as I most certainly do. Some of the things one can see riding through certain areas of the city are quite memorable, and today was no exception.  A ride from the Queen across the river and up the north side up to Kinniard ravine. I climbed out of the ravine and was in good old fashioned Edmonton city wonderland.

I rode through some sketchy neighbourhoods and saw drug deals happening and drugs being used. Not bad for one bike ride, normally that kind of stuff is rare to see or I don't have the eye for it, but I saw lots today. The last of the good stuff was two fellows who may have recently "used" or just had too much their entire life and their brains were fried but they were sure content on crossing the road and yelling at cars who almost hit them. It was quite entertaining really. I pondered on calling the police but they made it across the road after a few close calls and some dirty language was exchanged between drugged out street crosser and motorist. I love the downtown Greyhound station. It's worth a trip down if you haven't already.

The highlight for me was surprisingly not the illegal drugged out street crossers. It was seeing where the  Walterdale bridge detour will take me. Mind you, I had it figured out already but I was excited to ride it for the first of what will probably be many times, or maybe not. There's a good chance I may be avoiding this area for the next few years. Crossing Queen Elisabeth Park Drive will get old fast.