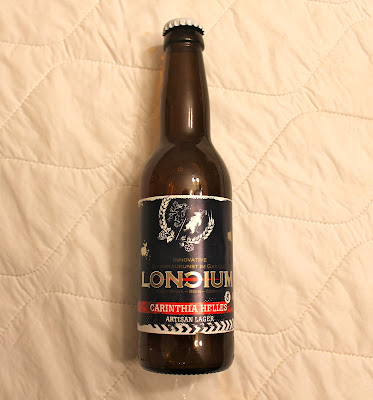 A beer review at 2 am you ask? I say hell ya! After a return from a ride along with the Edmonton Police a beer is going to go down smooth like a perfectly executed 10-42. I have no idea what a "10-42" is but I'm pretty sure its police term for "Shit's going down!"I just Googled it and ironically it means the end of the watch or shift. So this could not have been planned better.

Sadly it has taken me 20 minutes to write this one paragraph all thanks to being dead tired from being up early at work in the morning and then meeting up with the EPS. To get home and read an angry worded letter from the CEO of lonebiker industries was quite disturbing about making sure a review is done or else I hit the bricks. That being said, if you read this in the morning and things don't quite make sense it's because I'm typing weird shit into this and know I'm not going to catch all the mistakes till later tomorrow.

Loncium was reviewed earlier with their Amber Lager and the same frustration in trying to decipher the website before was met again tonight.qdyxijulst,jh. Oops, sorry, I fell asleep and my head hit the keyboard. Anyways the pour gave a dirty golden beer that showed a three fingered head that liked to show who's boss. The first sip gave a somewhat honey flavour which didn't seem to show itself with the rest of the beer. This isn't a beer with a lot of taste. Do I dare say it seems watered down? No, I think that would not be the case, although there are hints of that evil gremlin in this one.

This beer gets 2 suds out of 5. Goodnignbfrrrajk//ael... 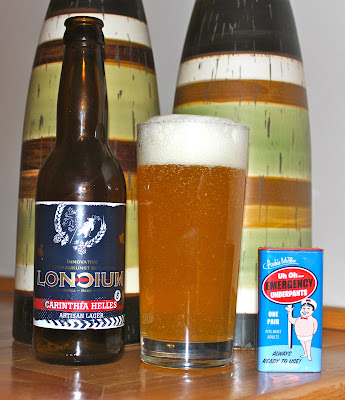