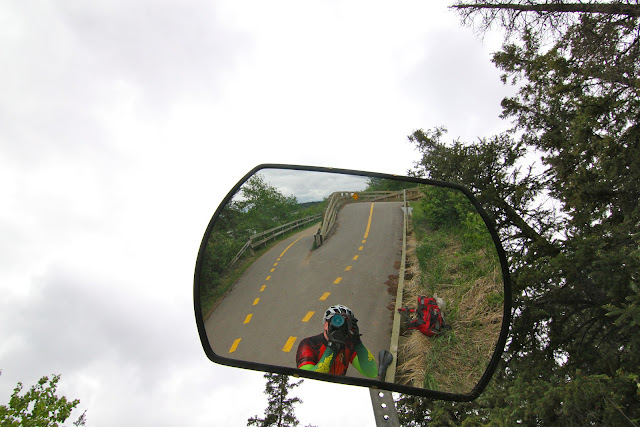 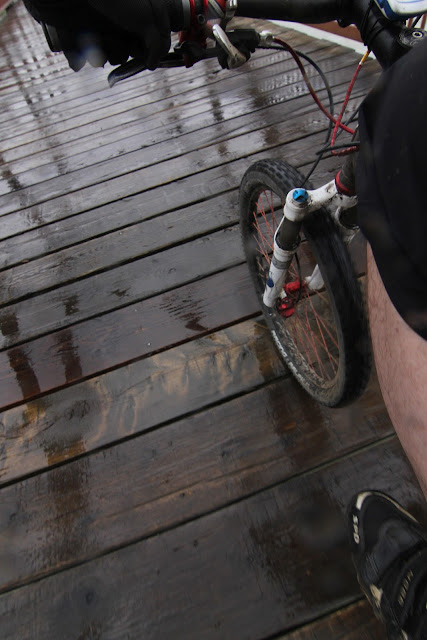 Do I call this the first real long ride of the year? It might be, although last weekends end to end one way was a good one.

This one had just over 20 km on top of that with the added bonus of being in a bit better shape than last weekend, for the most part hills were climbed with ease (albeit slow) and the recovery on top was noticeable as I threw it into a bigger gear and picked up steam rather than trying to catch my wits up on top while choking on a lung.

With the rain I stayed off the singletrack. The plan was to ride as far on the north end of the river as I could until I knew it was time to turn around. I was in Hawerlak and about to hit the bridge when I remembered Quesnell was up ahead a few more miles "Talus Dome!" erupted in my head and I even screamed "Destination Talus Dome Bitches!" in front of a bunch of ornary looking dog walkers.

I was dry the entire time on the north side and once I crossed the Quesnell and made my way to Hawerlak, the clouds opened up and it rained on me for the return home.

In the end, an incredibly great ride. Very little singletrack was ridden which by the way was rideable. It was tacky and damp but not snotty.