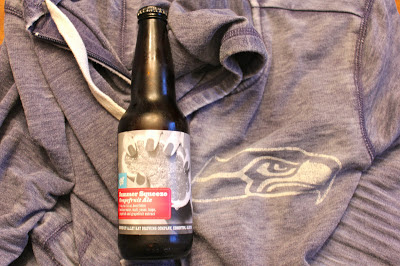 My my, what a shit week. Three failed bike rides and a very unpromising looking weekend. The upside is a beer has made it's presence that is combined with grapefruit.  One of the grapest fruits in all of the lands. I will pause now for laughter.... Are you now back to normal? Can you continue to read this or should I pause for more?

I'm sorry, truth be told this is the last thing I feel like doing right now but when I have such an awesome looking beer from my hometown featured. It's pretty hard to say no. Alley Kat claims to be the fourth oldest brewery in Alberta, not entirely an impressive feat but an impressive feat nonetheless. One of these years I hope to head down and take a tour of the brewery and I'm sure with my highly impressive beer tester qualifications they would treat me much like a dork with a blog would want to be treated. Oops, I'm sorry I meant to say celebrity.

The Grapefruit Ale is their Summer brew and I was eager to try one of these as it's been sitting in my beer tester holding pattern shelf for well over a week. The pour for the first time ever was boring and uneventful, well I blame myself just for having a piss poor attitude about the whole test tonight. I mean really! Lets grow up now shall we, lets drink some grapefruit beer! The first sip was truthfully somewhat off putting. I was strongly reminded of the grapefruit juice that I buy from time to time. Well no shit, go figure. Who would have thought it would taste like grapefruit juice? What I never expected was the strong taste of grapefruit. The good thing is it doesn't overshadow the beer taste.

This one would be a King of a backyard barbecue session. Throw away that Bud Light Lime you Pansies and buy this stuff! 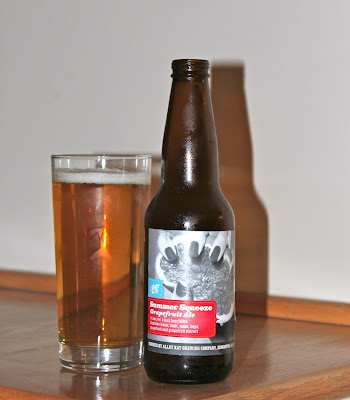