The Summer Solstice Ride That Wasn't 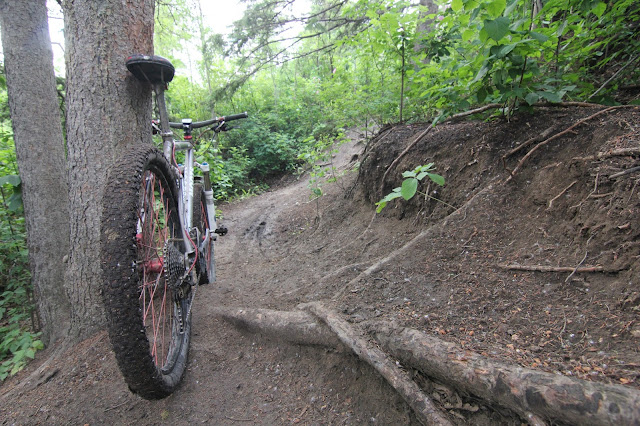 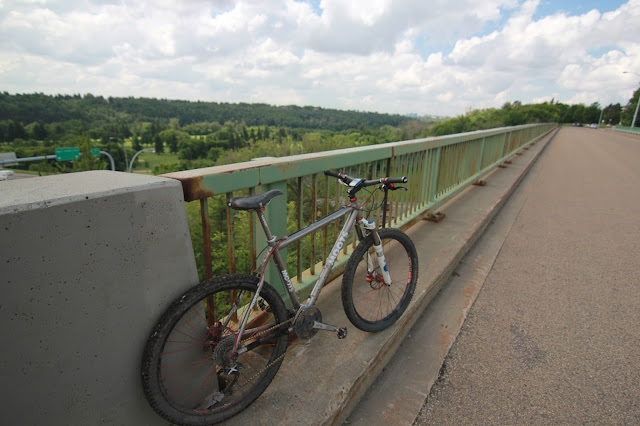 The plan: Ride from the Science Park to Hawerlak with a return on crossing every bridge I come across whether I am happy with the idea or pissed off. In the end it would have been a decent ride.

What really happened: I missed the turn to hit the highway to the Science park, I could have simply turned around but was late getting out the door (problem #1) so I drove on down the road and started at Capilano instead.

The ride began with a decent pace, eventually passed the Roland trail head and admired the slippery goo that was trail as I passed by which made me wonder at what point does one finally say "Fuck this" and ride the unrideable singletrack? I had a potty break and wondered if I would truly be an evil person if I did such a thing. The angel on my shoulder won the argument and I stuck to the multi use and paved. Where quickly a problem that has been persistent as of late and every year at this time for that matter. A very bad case of wobbly leg syndrome had overtaken my shattered biking soul and I could not even keep it going on the flats. I can only think this is a humidity thing as whenever the humidity is relatively high this happens. That is what ended the ride and I was back home for an afternoon nap on a day I booked off for some kickass bike riding. Sad... Simply sad.