When Rides End in Bonk, They Were Delicious 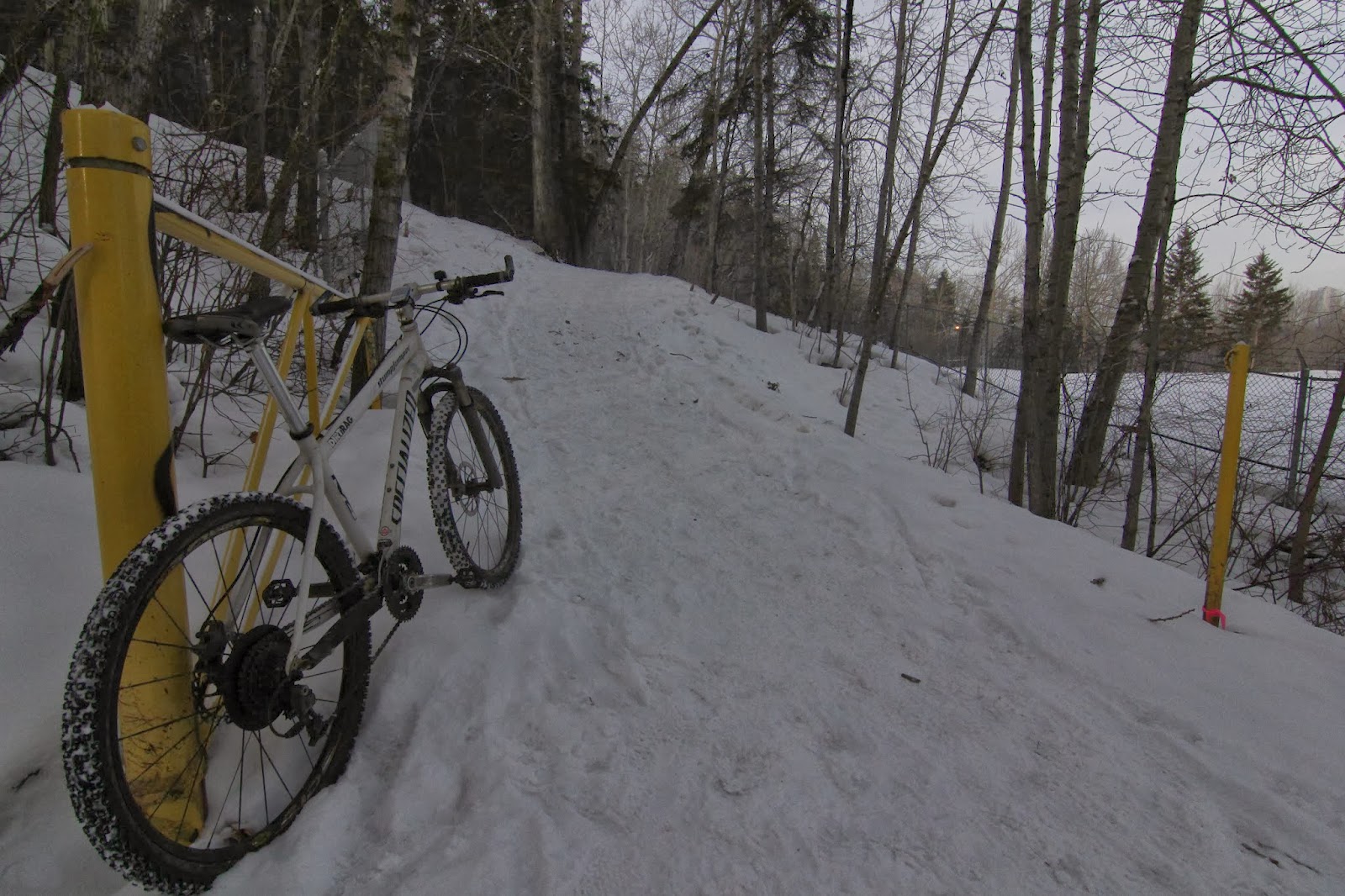 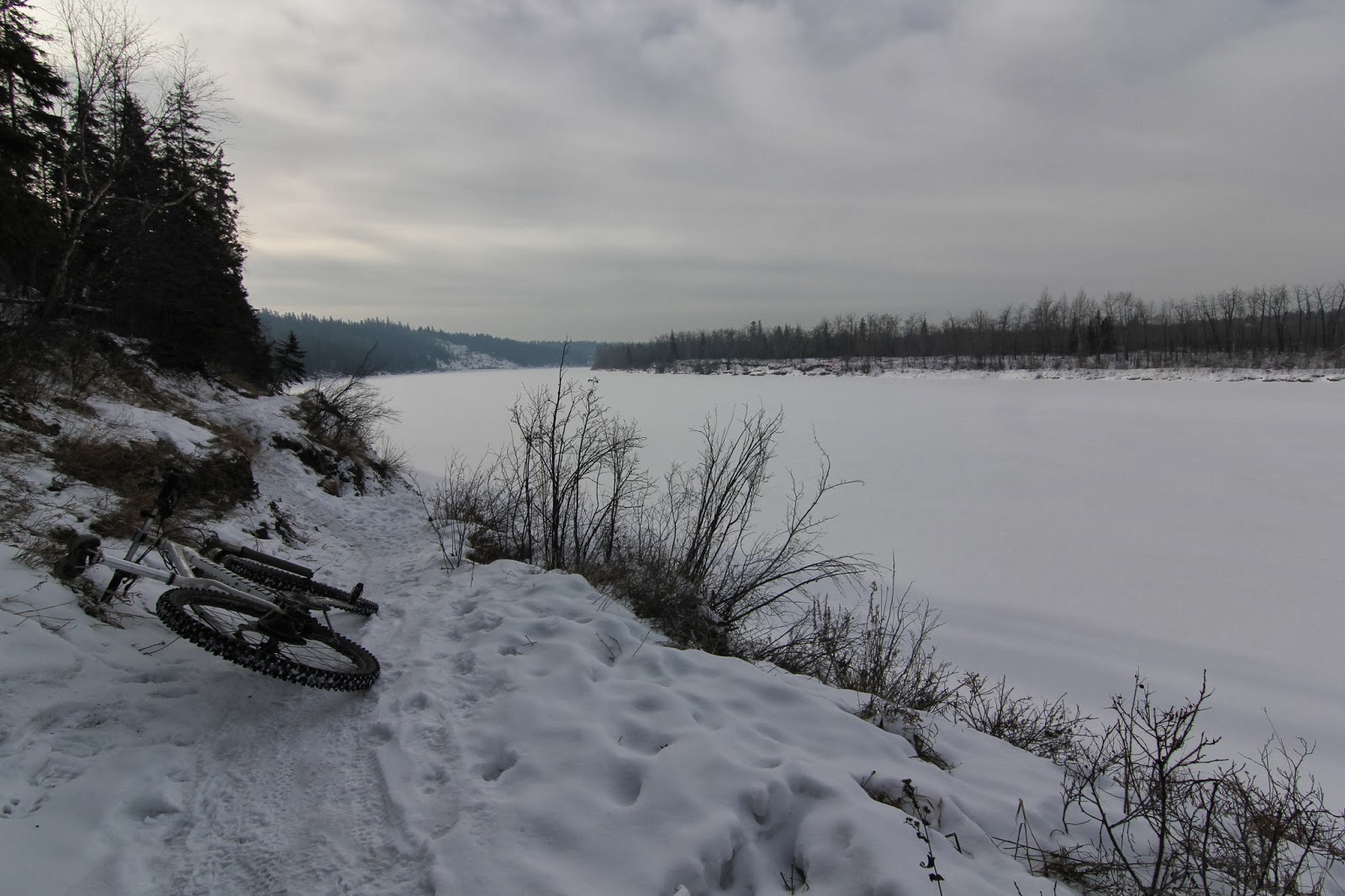 Sorry folks, there will be no scantly clad photos of me getting it on with one of my bikes this year. I chose to ride on this so called holiday that helps flower stores and chocolate shops pay the rent for the year. A so called holiday where certain women say they don't give a jack shit about yet still get quite upset when they don't get anything. Yes I think chicks be crazy, which is why I love riding bikes and ride I did today.

A ride from Henrietta Louise (Edmonton Queen) to Quesnell bridge with some temptations to push to Fort Edmonton bridge, and back on the North Side. I started to ride into Fort Edmonton Park to get to the bridge but turned away as the cold in the morning was quite harsh and I was feeling it. Or was it the strong gravitational pull of the Talus dome that pulled me back sucking me in like a redneck white trash  mom going into a Wal Mart McDonald's. I was truly excited to see the balls again (don't take that phrase the wrong way internet) and it showed as I took a selfie with my phone all proud in front when I realised there were two ladies coming up the stairs getting a good laugh at what they were witnessing. I don't care, the Talus dome is freakin awesome.

Once on the North side in Laurier Park the cold was biting hard and I couldn't find a place to warm up. I rode into the dog park where immediately a giant German Shepherd chased me barking like a fool and tried nipping at my heels while the old lady owner watched and did nothing. "Oh how fucking cute this is!" I bellowed to the clueless owner. Once out of range of idiot dog and idiot woman I was attacked again by some other guys shitty dog. He smiled and seemed to enjoy the show. I kindly told him to go fuck himself. We both felt good in the end. The enragement I incurred did warm me up but I took refuge in Hawerlak's skating shack before crossing the river again to keep my North side return home momentum up. I was fine until I reached the High Level Bridge where I sat underneath and wondered how I would make it back to Mill Creek as I had bonked in a big way. I quickly remembered I wasn't parked at Mill Creek but at the Queen which was a mere stone throws away on a bike, so I pressed on and made it home.