Tuesday Evening on the Moots 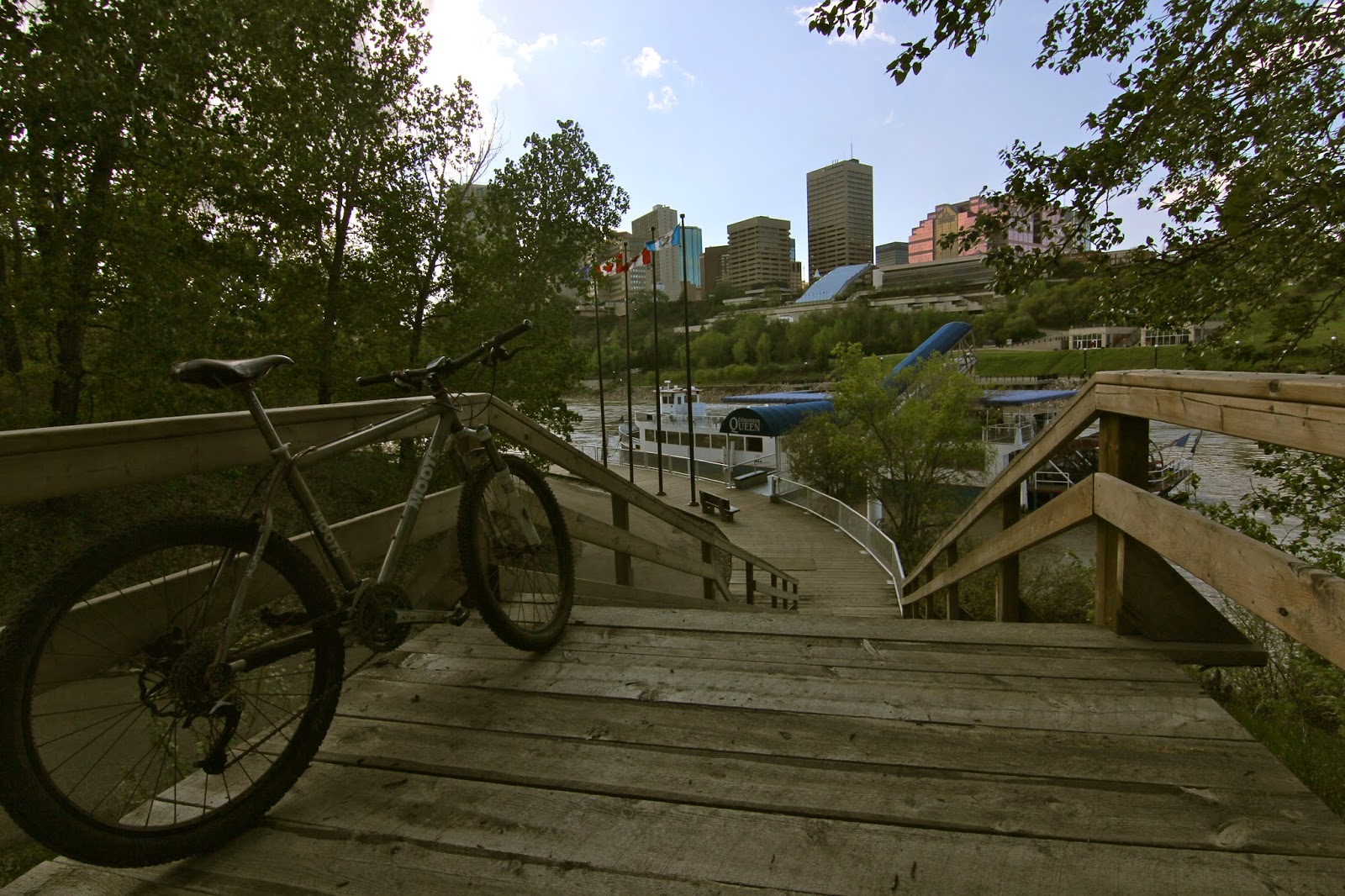 Another magnificent return to the after work rides on a fine May Edmonton evening. The joy was heightened by getting the honour of riding the titanium wonder bike. A bike where an infinite amount of pleasure has been received over the years and there will most certainly be years more of infinite pleasure bestowed upon me from the graceful artistic lines that bike possesses.

From Mill Creek to Gretzky bridge (I know it's "Capilano" but Gretzky deserves his own bridge doesn't he? He has his own freeway, I mean come on!) the ride was spent primarily on paved and multi use although paved was the good majority out of Mill Creek. Heavy rains have dampened the singletrack and I am not one of those douchebags who makes ruts. It was an interesting evening as I was yelled at by a homeless person as I snuck in the trees for a potty break and found their camp was smack dab in the middle of the trail. I was trying to make it look like I was just "texting" with the phone but she was one crafty lady and a flurry of F-bombs filled the air as she realized what I was doing. I replied with a polite "why are you making camps in the middle of the fucking trail?" To which I got more F- bombs. People who swear... I mean really!

Feeling a bit defeated I left and rode a somewhat common Winter route. Thinking of the Winter bike as I climbed up towards Mcnally school I could not believe the difference in riding a nice bike in the Summer as opposed to a beat up bike in the snowy Winter months. That climb was simply awesome and the highlight of the night. It even topped the Mill Creek camping swearfest.