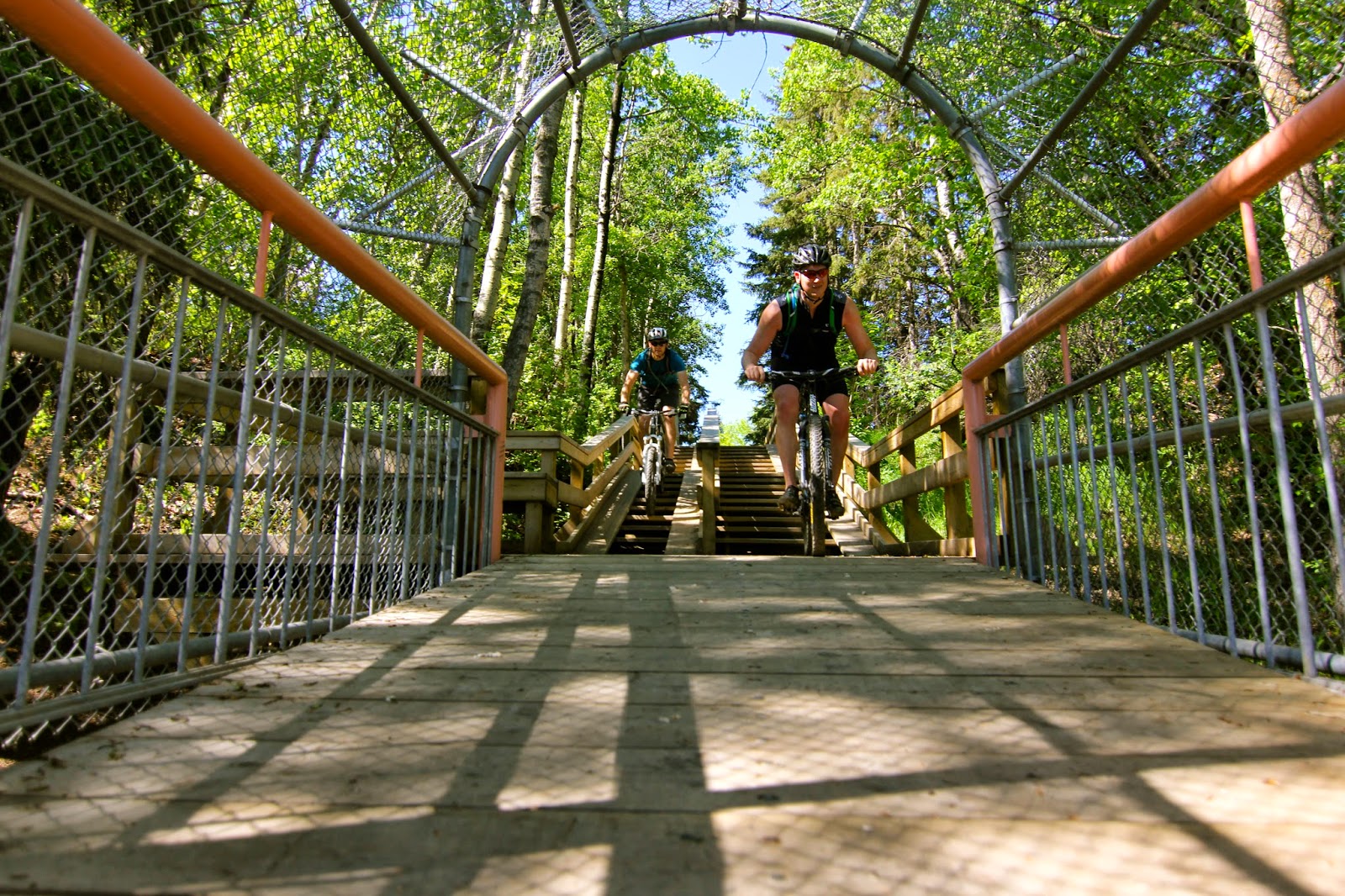 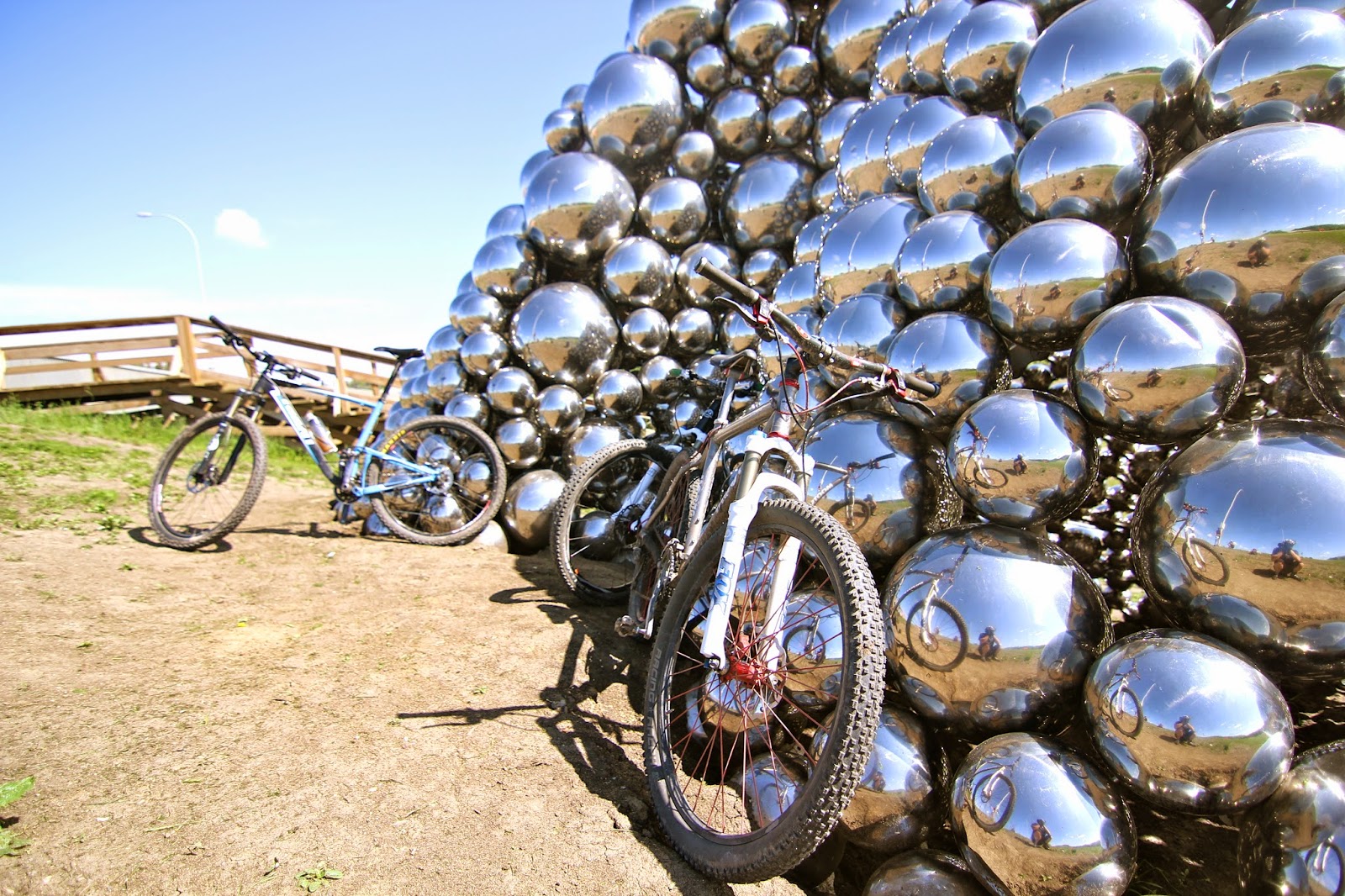 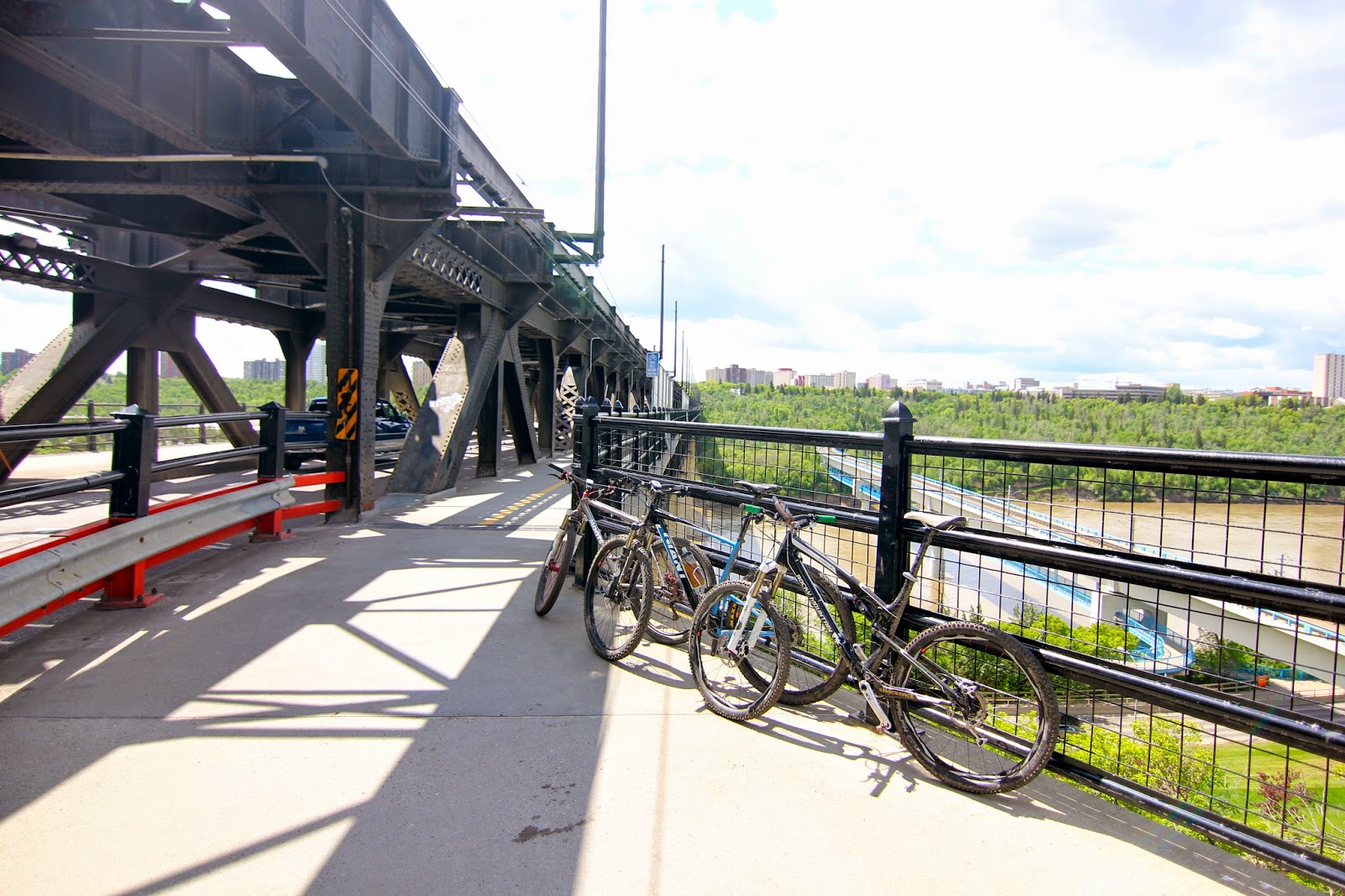 Bridge day finally happened, and I had the honour of sharing it with Jason and Kent. I have spoke about "Bridge Day" on this here Internet communicating platform before otherwise known as a blog.

The deal is to ride and cross every bridge we come across, ride that section until we come up to another bridge, cross, and ride that section. Repeat over and over until you went from one end of the valley to the other (my GPS route may help some understand what it's all about).

The ride event started at 9:40 and lasted until 3:30 in the afternoon after an expected tire rupture which coincidentally happened right by the return to home base vehicle conveniently placed in the Science Park (the ride started in Cameron Heights). I think back now and can't believe the tire was done minutes walking distance from Jason's truck considering the km's we had covered throughout the day.

The ride today was incredible, bridge after bridge crossed downtown and countless singletrack kilometers were racked up, the weather was great for the most part. A mid ride rain storm made us hunker under Gretzky bridge to be entertained by a roadie who rode up and had himself a potty break right under the bridge without a care in the world. I say go on uncaring live free roadie guy! Pee wherever you want! It's your world to pee on, God gave that just for you and your peeing needs!

Unfortunately Kent's tire rupture did end the ride. Me and Jason could have finished while he waited by  the return vehicle but I could not let that happen. Although a small part of me did want to... Well a large part of me but my Canadian side kicked in and I knew I could not leave anyone behind. The tire was a mess in the beginning in Cameron Heights and I could not believe it lasted long enough to spit us out from Cambodia. The first sudden rupture happened and an emergency fix where things were done to a tube and tire that would make the most hardcore sadomasochism practitioner blush.

We rode on towards the last two bridges and it was suddenly over. The wheel blew again and we all sighed. We were done... It's good it ended so close to our goal as this is more cannon fodder to do it again, and maybe add Mill Creek and other Ravines into the mix. Imagine crossing every single bridge in the river valley? I'm talking about the ones that don't cross the river, every bridge... My mind was just blown.