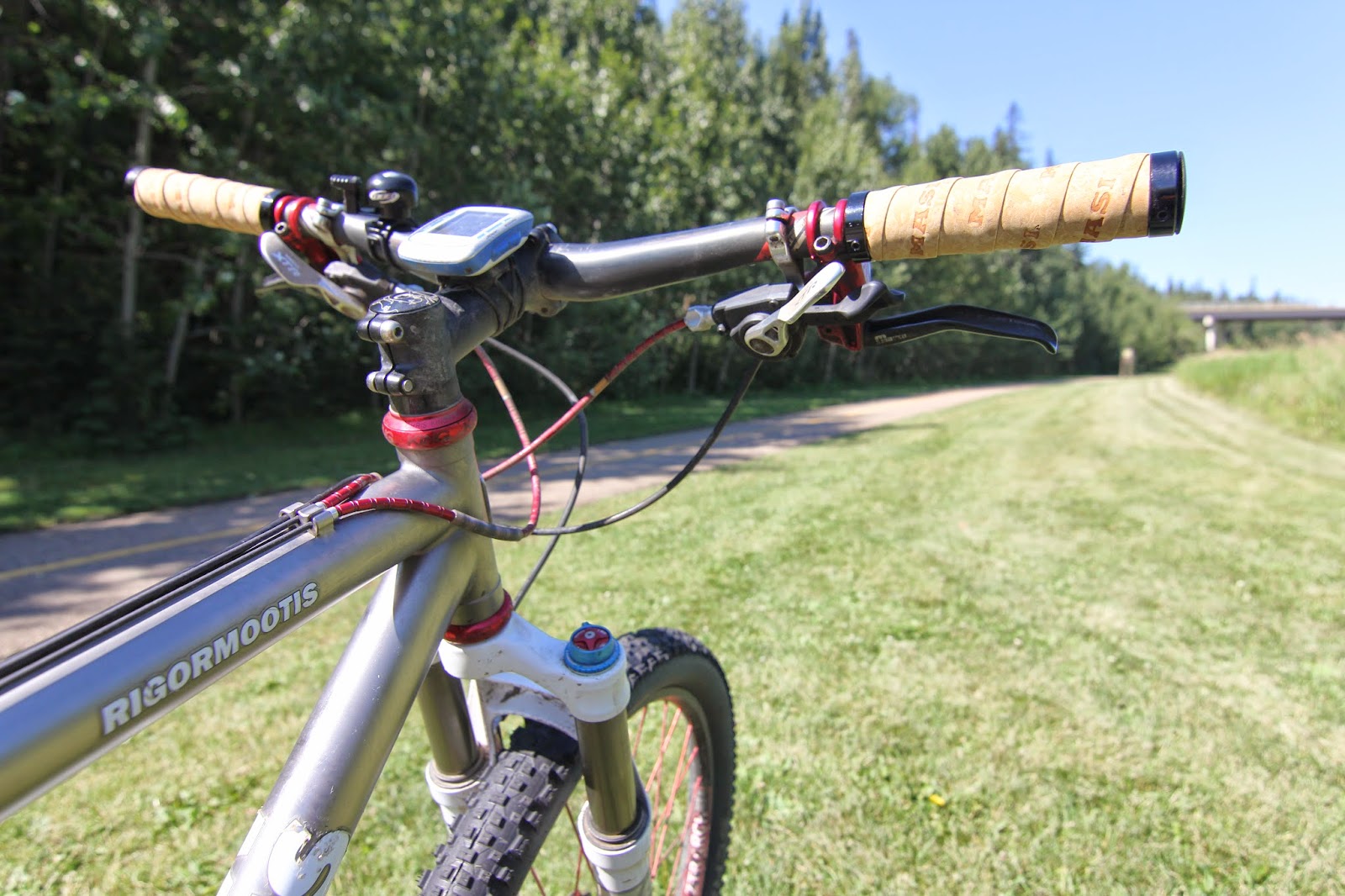 The second post pneumonia ride in the river valley on a beautiful Sunday morning. The main flavour of the day was paved and a small sampling of multi use after a monsoon rain ravaged the trails the last two days.

With pretty much the same feeling I had last Saturday, "Euphoria" is the best word to describe it. There was a strange presence in the valley today and I wondered if it may have been me. I came up to two people who had just crashed on their bikes and a third who wiped out rollerblading (that one was actually pretty great). I really wondered why everywhere I went people were crashing. The lowlight of the ride was getting passed by a girl... Now please don't get all snooty and call me an asshole for being sexist I just hate getting passed is all. With this slower pace I have been on it will happen and I am trying to accept it, but come on... a girl! (ok, maybe you can be mad at me for that one) I did however yell at her as she powered down the trail ahead of me "I'M RECOVERING FROM PNEUMONIA ASSHOLE! SO I CAN'T RIDE FAST. YOU REALLY ARE NOT THAT SPECIAL!" That helped make me feel better for a bit.

The tour of crashing took me from the Queen to the north side of the river through Mackinnon and a descent through a muddy trail to Hawerlak bridge where thousands of people had taken over the park already. I tried to leave quickly, the hills on the south side were conquered on the return to the Jeep where I encountered a suicidal squirrel that just about made me wipe out which definitely would have added to the mayhem in the river valley this Sunday, but I recovered like a champ. Here's hoping we will see some post work rides this week.
at July 27, 2014