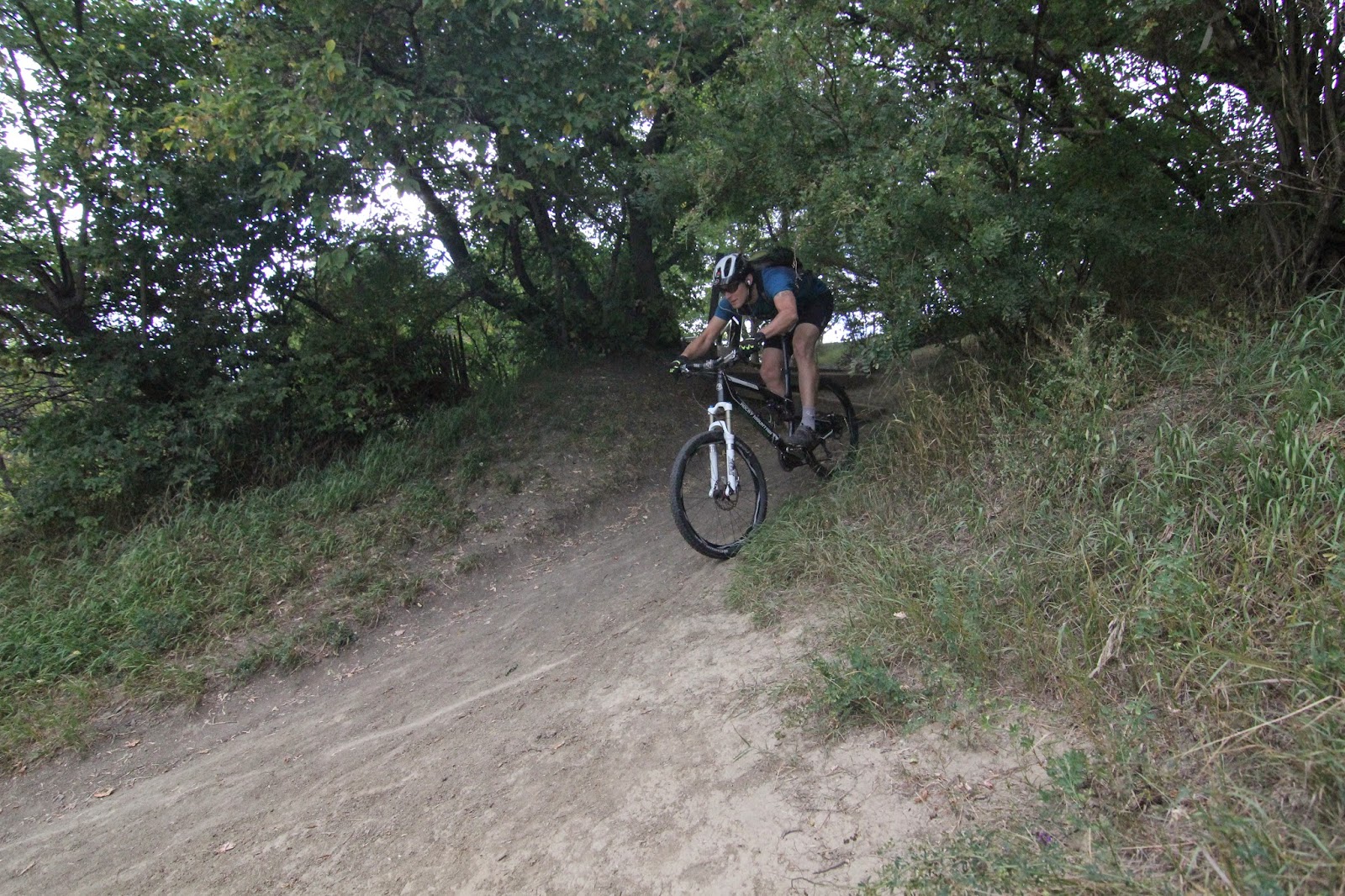 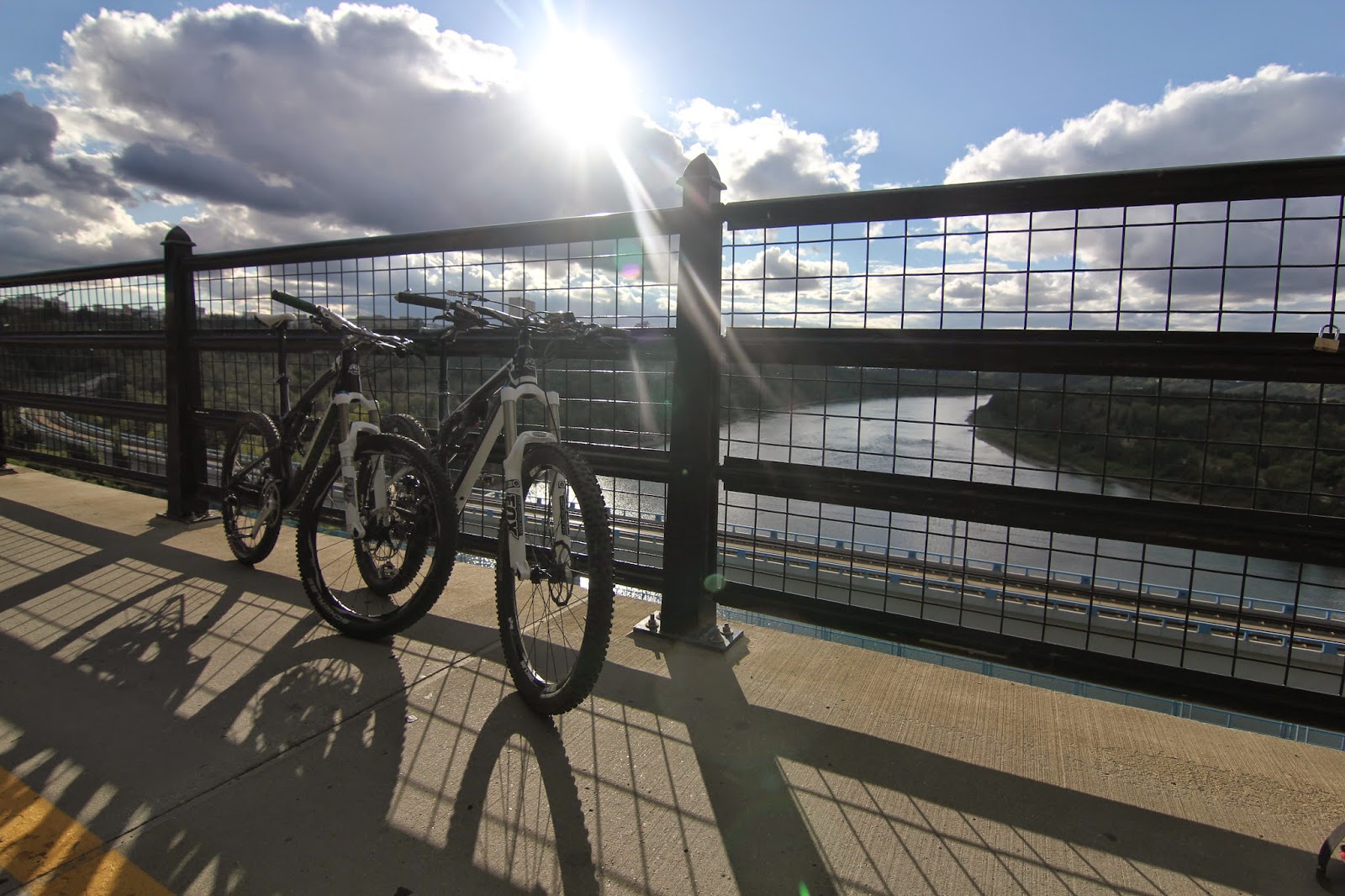 As the title of this one implies. I have found my gps, well my wife did and she is my hero. Where you ask? In my underwear drawer which makes sense as I only change my underwear once a month... Ha ha ha. Ya, that was a lame joke. God I'm stupid (said while smacking head).

A meet up with Kent to enjoy some of the goodness that the river valley has served up so well this year. The ride started in what is now my favourite starting point. Old Timer Cabin, we went west and followed the exact same route I did on the last two rides (one untracked by gps.. sniff).

Upper, upper West coast trail and higher Canada cup trail and eventually into Kinseman where we climbed up the sexy goodness bestowed before us on the trails that I'm sure a God like creature created and had a crossing on the High Level... A very busy and annoying High Level I might add.

I stayed high where Kent recommended staying low to Victorias Secret where looking back I realized he was right and I was wrong. He was introduced to my new lady and I kept a close eye on them while they awkwardly drank diet coke and ate pizza bread, "If he lays one finger on her" kept racing through my mind while I smoked hard on a cigarette as my left eye twitched with insane jealousy.  Yes, all that happened in the bush, I do know she loves me though... Already! I know because she booted one set of homeless people who had a big camp off but did sadly keep the extremely smelly one. Groat Road Rollercoaster was ridden where afterwards a coffee break in the flower parks at the Museum was had where I thought it was appropriate to show him puppy pictures. The ride did include a mega bitch driving a car who called us bad names and a weird jogger who tried keeping up with me as I passed him on Groat Road Bridge over the river. It was real weird, like he thought he could beat a guy on a bike. I did humour him and ride beside him and look at him while Kent yelled words of encouragement to the runner from behind. A strange moment which I think he was bragging to his running buddies afterward that he was keeping pace with the dumb mountain biker who unbeknownst to him I just had to pedal a little harder and I would be ahead, I just stayed with him because it was such a weird spectacle. Jim Morrison, you were right. people are strange.

In the end a great ride happened, although we both felt like we needed more. My fitness does seem to be improving more and more even though I did lead the whole ride and I felt him breathing down my back on the climbs.