The Ice Cometh and Taketh Over 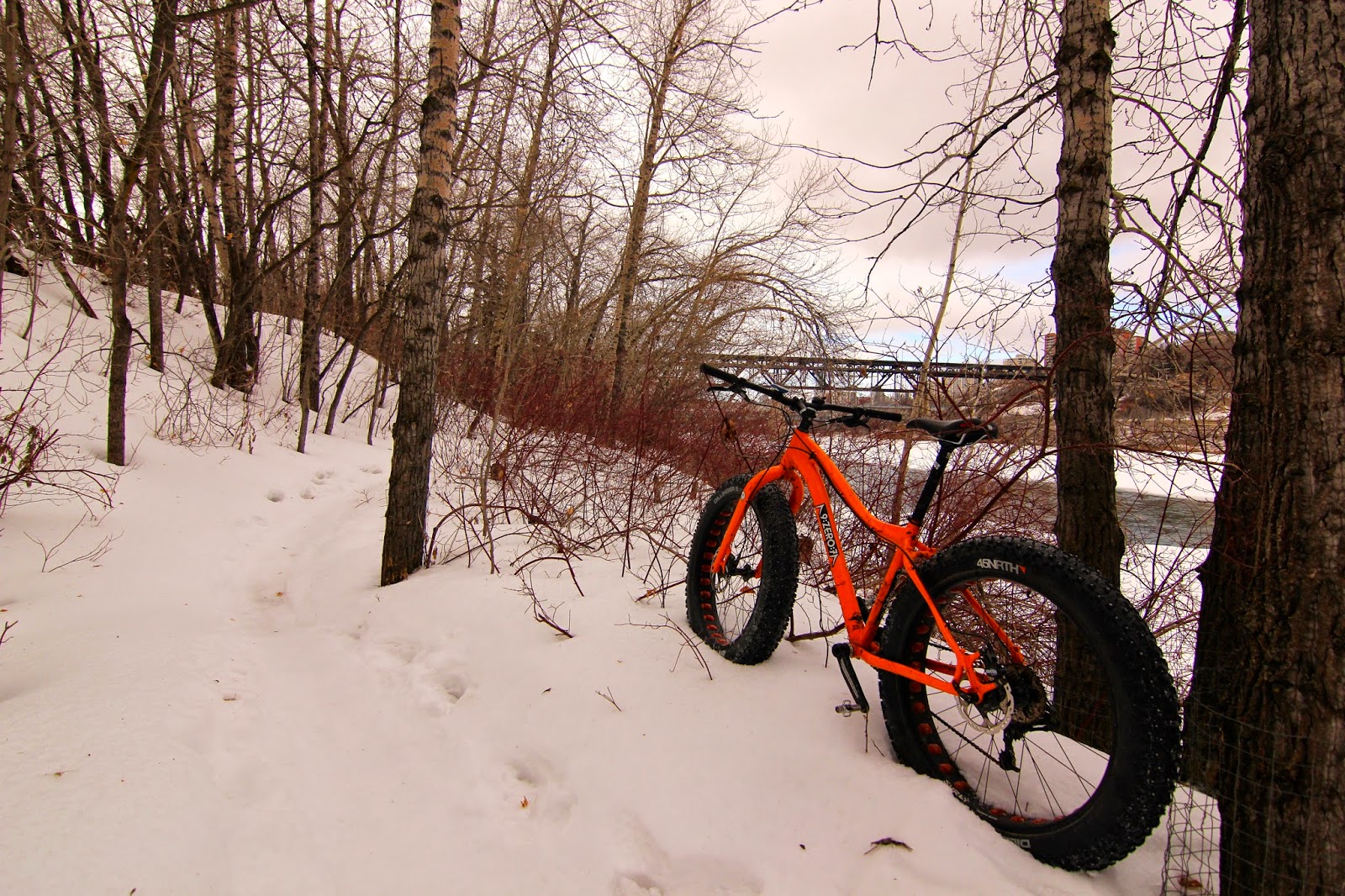 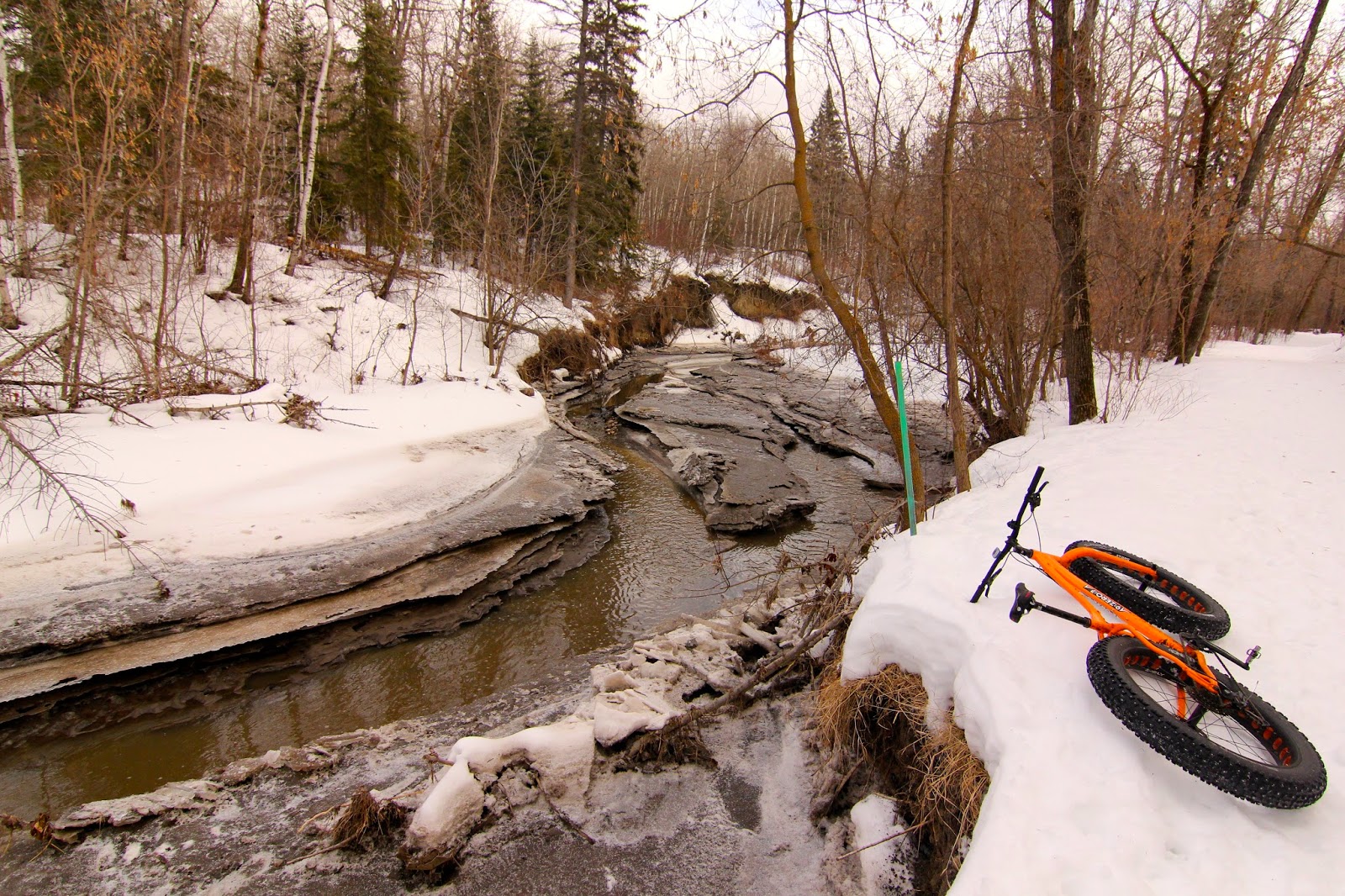 My goal today wasn't broken by the poor conditions. My legs were having no part in riding today. Put to blame being up at three a.m thinking about the test I was to take at seven which would strongly help my resume and improve my chances of getting a job. Possibly taking me away from all this sweet riding I have been doing (ya, I know. What the hell am I thinking?)

With the test over at eleven I was home and getting ready for a minimum thirty nine kilometre ride. Why 39km you ask? It is a birthday ride where I have had no success at in the last few years. I had tried for thirty eight last year and was ten km short. This year about 17km off the mark  all thanks to dead legs all due to a worn out and stressed body. I think last year I tried for thirty seven hill climbs up Forest Heights and made it up six times on legs that were not riding. Oh me... I'm so silly.

Next year at forty. A huge milestone. I will set the bar low and say 4.0 km max. Afterwards I will go and drink a 4.0% alcohol beer to celebrate the occasion. 4.0 kilometres will be well attainable no matter what I am doing. I just gave myself a high five for that great idea.


I knew the ice was going to be bad today but when I started my ride in my old Mill Creek stomping grounds and saw a hippie on a commuter bike stricken with the fear of God on his face going the opposite way. I knew this was going to be extra special. He looked like had just escaped from an isis prison camp and didn't know if he would be caught yet. I would like to say a trail of pee followed him as his front wheel bounced off each pockmarked ice section on the once friendly paved trail but that would be mean to the poor guy.

Luckily I had a fat bike armed with studs. "Come get me you bitches!" I yelled at the ice. The hippie heard me and wiped out hard turning around after I yelled that. I hear bones snapping. Poor guy.

So off I went.

The paved trails were pure ice with little room for mistakes. Sections were well pockmarked with footprints and tire marks during the freeze. I quickly dropped in after 76 ave where multi use was taken enroute to the good singletrack.

Singletrack that was ridden like an old man driving incredibly slow in the fast lane with his left blinker on. The trails were better than this. Images from up above on the paved and multi use and thinking of that poor hippie overcome with pain and agony wreathing in the middle of the trail with his femur sticking out of his pants. It was a hard thing to ride away from but I did. I had thirty nine kilometers to put in.

Sadly my legs gave out soon after Mill Creek. I was done and knew it. I did make a ride out of it and rode on the south side to Groat Road Bridge. I crossed and rode up by my girl Victoria and kept going because I like making things mysterious. The vast majority of the ride home was a on paved  which meant ice.

It was fun. Those tires are awesome.

Sadly, my legs would not put out today.