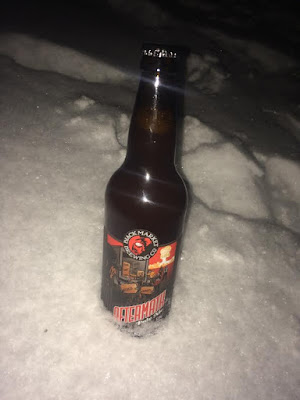 How fitting, and just in time for Christmas! Aftermath from a brewery named Black Market Brewery could not be any better for this good old jolly time of year!

The Christmas season has officially started after another day of plugging sweat and tears into Alberta's mighty (albeit a bit weak) oil industry, thus making Alberta all that better. In the end we will be the Kings again, and all those will bow down.... All thanks to my work on this project of course.

Now off for a good portion of time and am now sick with quite the horrific cold. Yes kids, I'm down and out and am getting my head intern, Isabelle to help with the tasting tonight as my taste buds are that of a frozen, lost cheese curd lying on the ground outside a good poutine restaurant. So close to greatness, yet so far from awesome.

Yep... Thats all I got. The beer staff needs to get home for the Christmas break and I'm not in a slavedriver mood so...

The pour was a bit of a disaster as the beer was shaken up during the photo shoot and emitted beer vomit and foam in an angry disastrous display of craft beer hate.

The interns fled and I was left with Isabelle and a photographer. The first sip gave a full shot to the face of IPA and it made me stand back and forget I was sick. Incredibly hoppy with a malty goodness that enveloped the mouth creating a void of tasteful orgasms that were disillusioned somewhere...

More sips were had.

More over flowing thick head was fought with.

Nothing real bad came through. Other than incredibly ridiculous overflowing head. Was this beer fucking with me?

Do we blame the photo festivities for this? Most likely, yes.

In the end, if this beer offended us in any ways. It would be the mad head emanating from the bottle when pouring. This one is a true IPA that should not go unnoticed in the beer store. 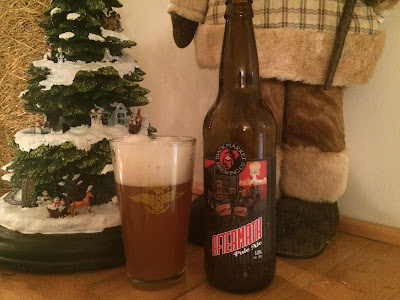 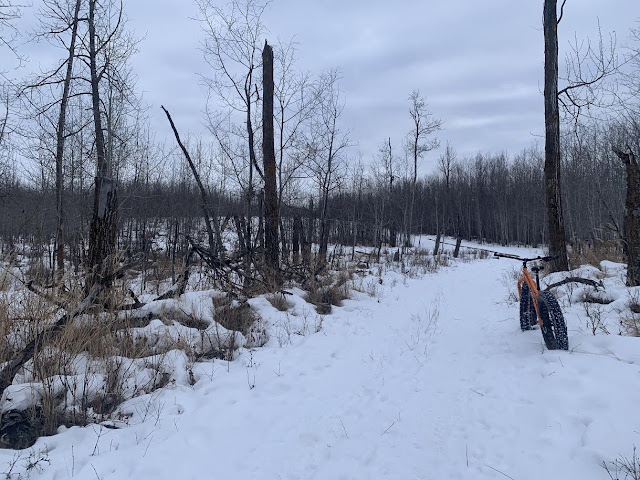