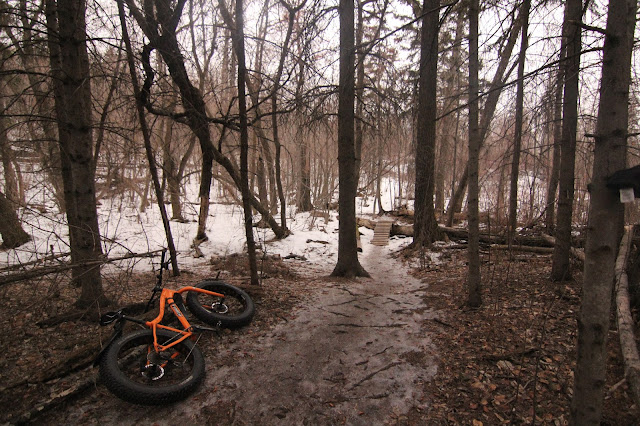 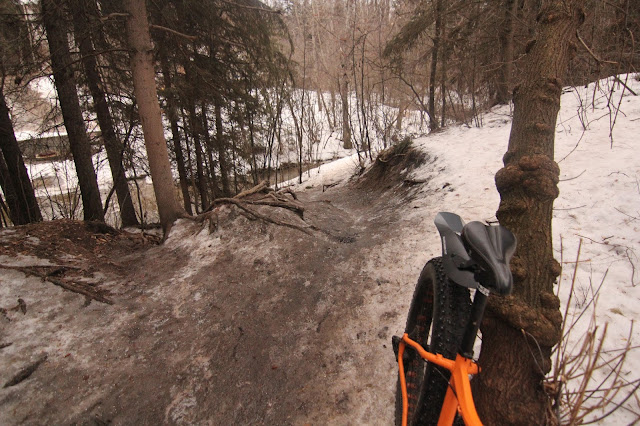 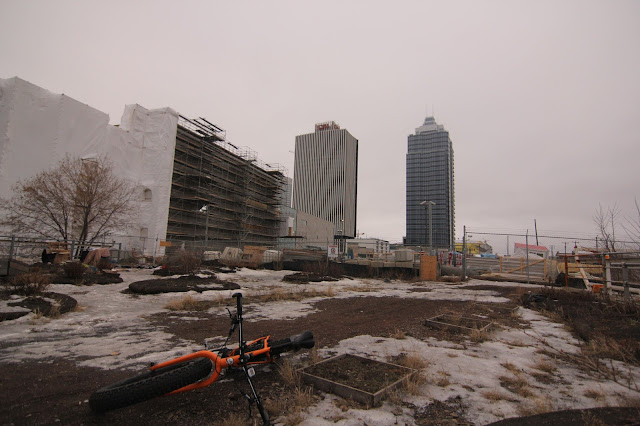 Another rare bike ride happened on a cold windy late February morning. There was a bit of trepidation heading into this one and rightfully so.

The warm weather has turned the river valley into a soggy icy unwelcoming place. I wished I had the Stumpjumper still together as I didn't want to punish the Winter wonder bike.

Luckily though today was below freezing and most of the puddles and mud sections would be ice.

The ride started in Mill Creek where I was met with a very uneven icy surface. It was sketchy but still rideable, if I didn't have studs on the bike I would have just turned around right away and went home to watch Happy Days.

I rode mostly Multi Use and paved trails with the occasional singletrack. The trails are in real bad conditions so the ass puckering factor was at an all time high. Any sort of downhill was laced with more ice than Rob Ford's office was laced with cocaine when he was the mayor of Toronto.

Each corner was taken slowly and several times the foot came out as I could not trust the Dillingers to hold me up.

I eventually had enough and escaped the valley via the High Level bridge and rode downtown with a bakery that burnt down in Beverly as my destination with a planned return via the valley. My weird obsession with mayhem was going to be the focal point of the ride. I never made it there.

Once riding through some of downtown Edmonton's greasiest neighbourhoods I was chilled beyond relief. The thought of riding all the way to Beverly and then dropping into the cold valley was a bit daunting. I was underdressed not thinking of the cold. My stupid phone lied to me.

Suddenly the Happy Days theme song came into my head and I saw the Fonz in the distance leading me home on his motorcycle.