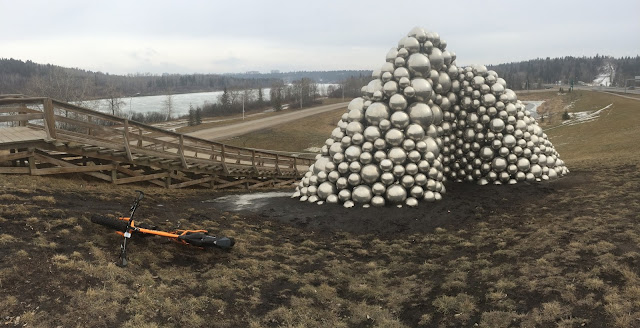 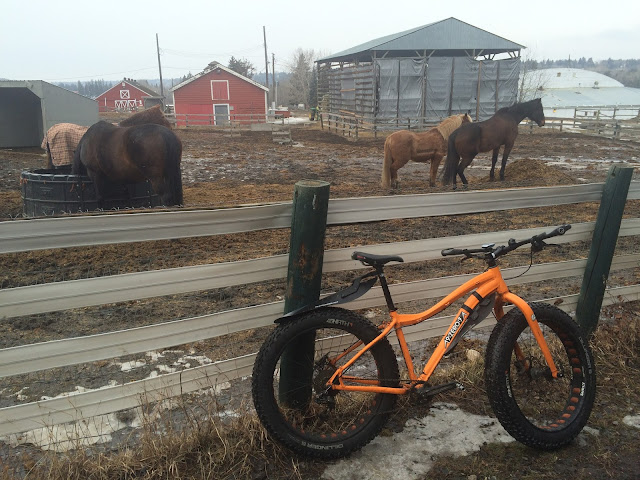 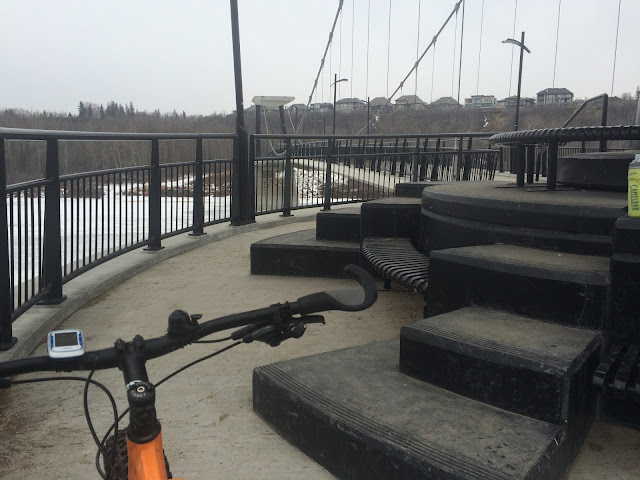 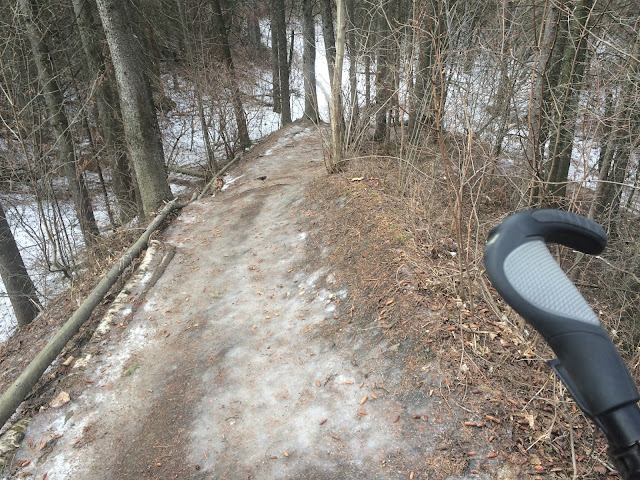 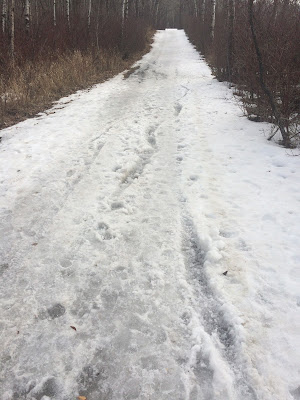 Ride of the year so far for two-sixteen? This one has serious potential for that glamorous title.

A ride that was supposed to cap out about the fifteen kilometer mark as I was thinking afternoon family commitments would cut it short. On a coffee break, some texting went back and forth and it was decided I had the day to myself. My wife rules.

The ride started in the Old Timers parking lot where about eight guys on freeride and all mountain bikes were getting ready for something. I had no idea what. Go Pro's were mounted on the helmets and knee and elbow pads were donned. It was needless to say that my curiosity had the best of me.

Where were they going!?

Did they know something I didn't?

They were in for a nice surprise (so I thought) as once you dip your feet into the valley there is a nice ice glazed downhill to set up the ass puckering quota that was quite high for the day.

My ride quickly started on West Coast trail. Ridden carefully it was conquered and that right there set the tone for the day. The ice was ruled today, the Dillenger's kicked ass.

I moved on and ignored Gnome trail and rode the singletrack right after and was quickly reminded why I don't like my wife and kids hanging out in the valley. A homeless dude was sleeping in the middle of the trail. Pretty fubar. I almost rode across the blanket but thought at the last second of possible needles or other shit and rode around. Once up on it I saw the shape of a body under the blanket.

More trails were hit all thanks to the weather. A cold morning froze everything including the mud which equated to great studded fat bike conditions for a warm March. The fat bike spotting's were low today as it seems most people have switched back to their skinny wheeled bikes. Out of 12 bikes, 4 had big dumb tires. But the big dumb tires ruled the roost today.

The trails were in shambles as yesterdays warm weather had all the traffic sink into the snow which froze up creating ruts and ridges which the Nine-0-Seven handled like a well seasoned Ironworker working atop a twenty story building in a blizzard.

The tires were the big winner. I get it.

The ride took me to the Fort Edmonton footbridge where a crossing was had amidst a bunch of folks new to those parts and had never seen a dumb fat bike before. Lot's of curious questions were asked. I answered politely wanting to get going. That is the big problem with fat bikes is the attention. I hate that.

I thought it would be fun to climb the stairs out and dip into Patricia Ravine. A weird move but it just worked with the ride.

Everything worked today. It was unreal. I could do no wrong.

I rolled through Laurier and kindly removed a bunch of trees some half wit dog walker laid across the trail to ward off mountain bikers. It was obvious what it was about and I chuckled as it took less than a minute to clear the trail. Knowing it took a lot longer to set up the trees.

That being said, all the dog walkers were awesome today. Even they worked well with the flow that was happening.

Eventually I hit Mackinnon and rode the first singletrack section and wisely elected to skip the end. It was icy as hell. The ride ended with a run through River Valley road and across the doomed Walterdale to Kinseman. Old Timers finished the ride with extreme temptations to ride West Coast via Dirty Mattress to finish the epic awesome.

Why didn't I do that?

It was a slight roar but enough to kick me off the trails eventually.  A planned longer ride starting at the top of End of the World and hea... 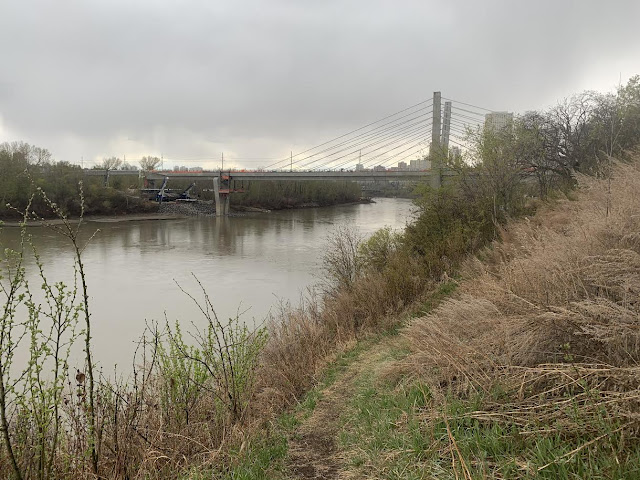