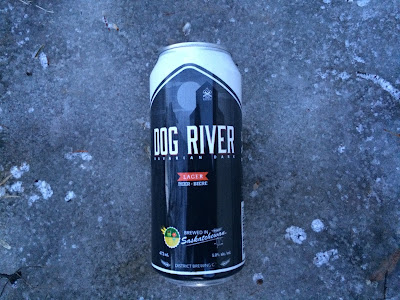 With the trails in very typical March condition and no shit bike to ride this beer review might just be it. Work has started on the rebirth of the Stumpjumper but missing parts have plagued it's rebirth but deep down I think it knows it's new found title. 'The Shit Bike.' Meaning it will be only out in deplorable bike riding conditions.

But hey! It gets to get out doesn't it?

Today's beer comes to you from a province that completely switched roles with Alberta in the last couple years politically. Saskatchewan. Home of the Roughriders, Wheat and now energy.

Located in Regina's warehouse district, District brewing resides sitting smugly amongst the other businesses I know absolutely nothing about because quite frankly. I don't care.

The pour was fantastic. A good three fingered head stood atop a dark lager that teased the room with it's sultry sexiness. It was at that moment when the photographer yelled out loudly. "Shit! I forgot my camera!"

He was fired immediately.

The lacing during the drink told us it was not a long lasting head as there was virtually no lacing. A bit of a pre-sip disappointment but we were ready for this Saskatchewan wonder Lager.

The first sip seemed a bit watered and mild. Chocolate... Light chocolate that is was there along with roasted coffee beans which seemed were dipped into the brew for a short time being. Roasted malts also joined the party in what turned out to be a decent beer after working twelve straight days.

In the end, nothing to curb-stomp your best friend over but a decent beer to start the weekend. 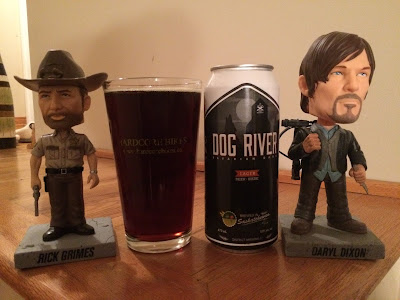