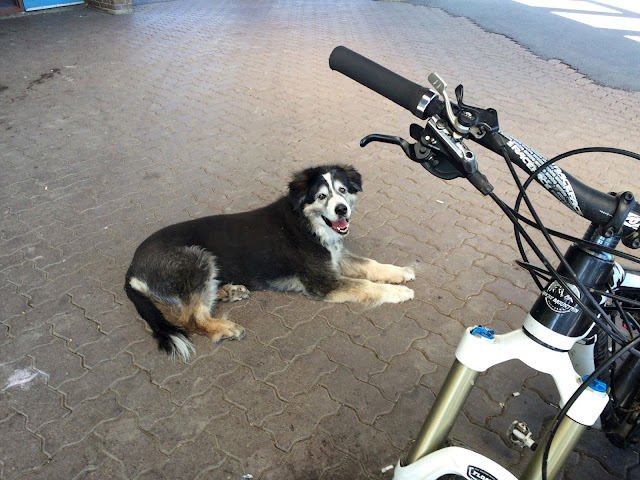 First off. I will never do a "live" post again. Pretty sure that was one of the worst posts in Lonebiker history. I was going to delete the pics that are not showing up but decided to just let it burn.

The recovery ride from yesterday took place and it was quite a short spectacle. Capilano was the starting point, the ride started with me very nervously getting on the bike afraid of pain emanating from every orifice of the body but surprisingly it did not happen.

I felt good, despite sore legs I rode Risky Business and soon was face to face with the steep climb going up to the Capilano Bridge. It was handled like a boss... "Holy shit! I thought this was supposed to be a recovery ride?" I remarked quietly at top.

Well it was.. Ten kilometers was not even broken today and that's fine by me.

The ride was still quite awesome. The singletrack felt amazing as I looped on the north side from the Jasper Ave Traverse, across the mighty Dawson and through Caddyshack.

I stood between Caddyshack and Happy Ending and listened intently at some folks up above on Happy Ending. Obviously their first time on glorious singletrack. The following quotes were heard:

I was really quite curious on who these people were. For those who know Happy Ending which leads to Andre's it really isn't that bad... Is it?

Maybe us regulars are just too seasoned.

I passed the bunch right at the start of the steep downhill just after the ridge. A few fifteen year old kids. They were standing up top deliberating on the descent. I rode through, descended and yelled "just me, I'm forty years old."

I don't know why but I found that very funny.

The ride ended without a hitch, it was very short but very good. I was done.

I love you mountain bike.