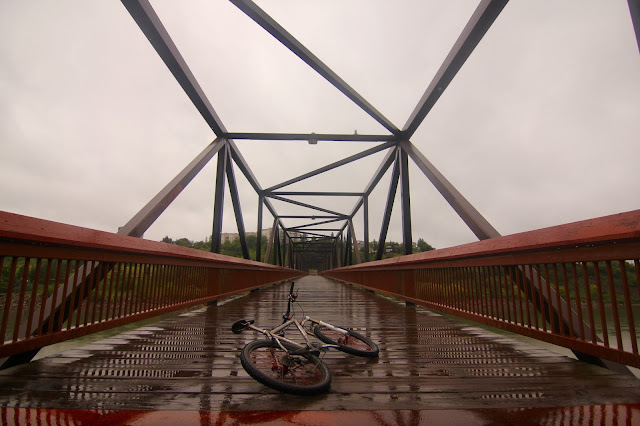 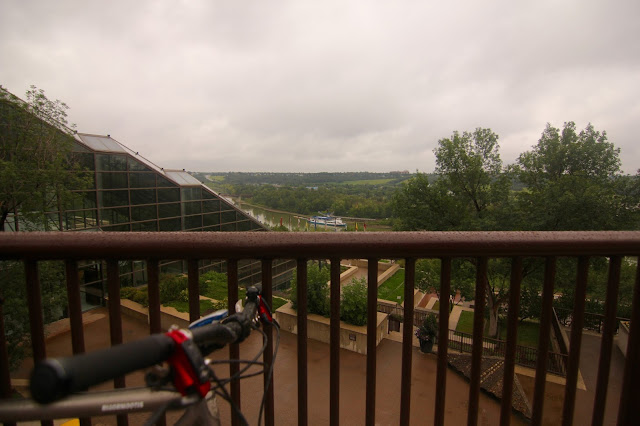 Shut down from work hence the ride. Well... The ride would have happened regardless.

Cloverdale Bridge officially shuts down effective tomorrow, hence the urgency to cross it one last time.

The ride was a rain soaked affair. Inside my head I joked it was the tears of the hippies who wanted the bridge to stay. A cold hearted thought one might ask?

Nope. Just from one who understands progress.

I have lot's of hippy in me but common sense and the hippy wisdom seem to intertwine. Common sense is the winner in this debate. Don't stop change. Change is good.

Countless crossings were had on this bridge over the last twenty something years as it was the gateway to the river valley from Mill Creek. Pretty much every ride started in Mill Creek. On top of that, dog walks with the family. Awkward alone time by myself also went down in the early days, surly accompanied by a joint adding to the aura of the river valleys majestic pot coated leaves.

Rocks were dropped between me and friends... I mean heavy rocks. We would not drop them into the river but onto the rockbed below. It was awesome watching the explosion and impending noise. Sparks would fly every time from the energy released. Eventually one old lady yelled at us with threats to call the police and we were done. Ahh... Good times.

Today I was expecting some sort of crowd but nothing. The first crossing I had the bridge all to myself.

A moment the bridge God's had reserved for me. Thank you bridge Gods.

The rest of the ride. Completely uneventful. Sick of riding in the rain.

The last crossing was ceremonial. It ended with me wanting to go back over one last time but I knew better.

Farewell Cloverdale Bridge, will miss ya.