It Should Be Called Singlecrack... 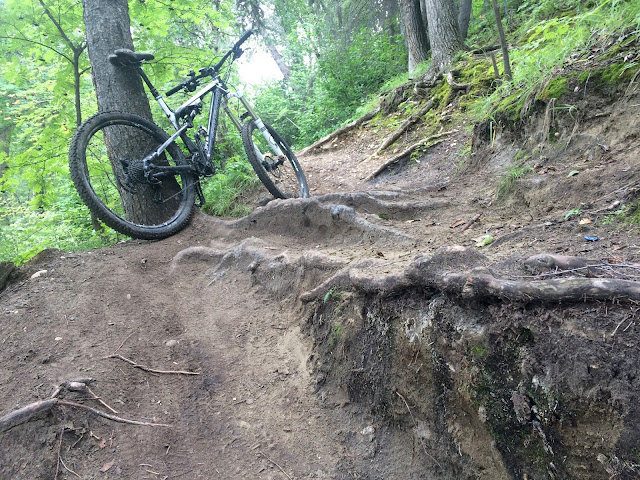 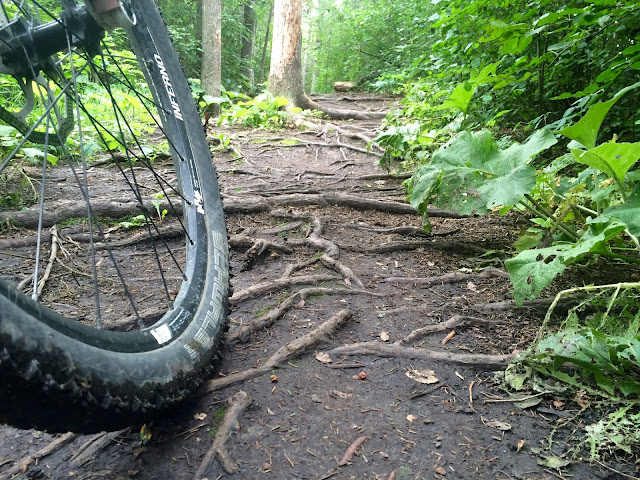 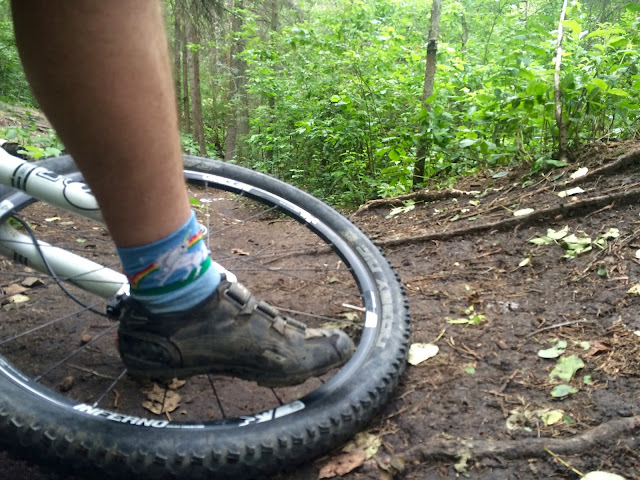 As in crack cocaine. Yes here I go again referring riding bikes out in the wondrous woods to some pretty hard drugs that ruin peoples lives but there really is no better feeling than railing down some singletrack on a fine bicycle. Nothing!

Ride of the year for two-sixteen? I'd say yes. This will be a hard one to beat when I am looking at rides at the end of the year.

I had to slow the pace down after starting at Mill Creek pool and ending up in Old Timers Cabin as it felt as though my heart was going to explode into tiny shards of bike trail riding orgasms. I was too hopped up on the awesome feeling of riding singletrack that I had to pull over and have a small pep talk with myself and breath. It was pretty obvious it's been too long.

The singletrack was tacky, with wet puddles in places reminding you of the horrible rain we have had this Summer. The ride took me up Six Shooter where I descended down Machete to cross and head back via Mackinnon.

Mackinnon was sloppy and sexy. Just the way I like them. Mud puddles mixed with slippery roots made the ass pucker factor quite high. I'm pretty sure the Rocky Mountain laughed and called me a giant pussy. "I can handle this you little bitch!" I'm sure it said. And it did, it handled Mackinnon like a pro.

The bike called me a bitch and I made Mackinnon my bitch (although I think Strava tracking would say different.)

The ride ended and I was spent, I think I might have to call in sick tomorrow. This needs to happen again.