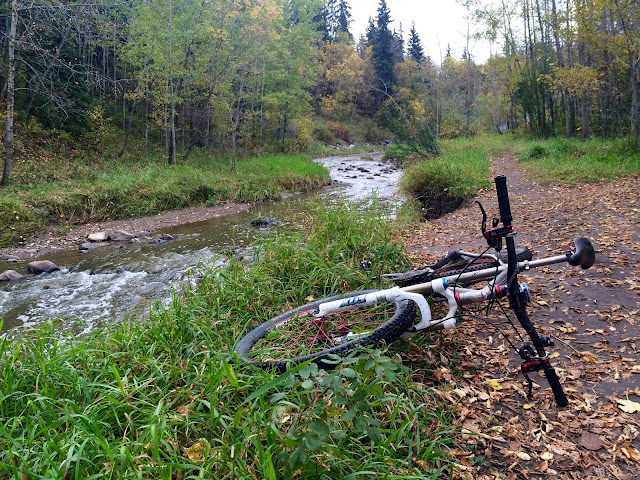 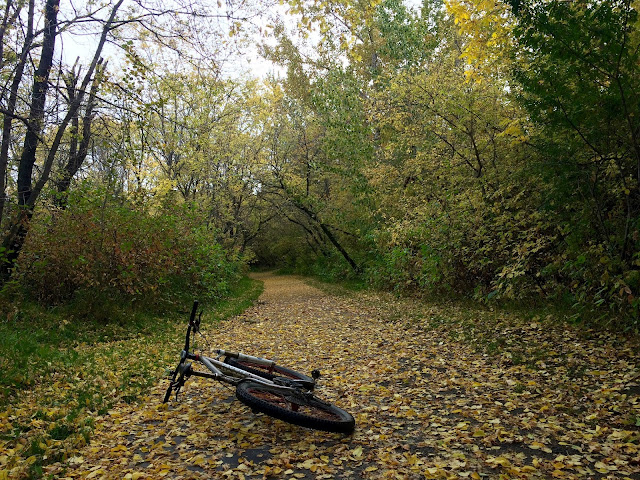 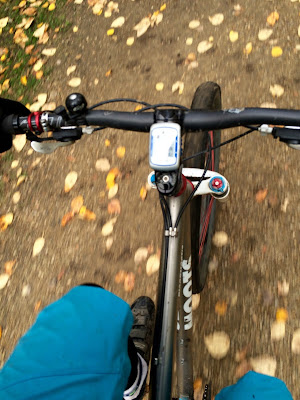 A grand return to the bike on a fine Sunday.

A ride from the old school Mill Creek parking spot to the top of Forest Heights on the Moots was just what the Doctor ordered to dip the feet back into the immense river valley.

I teased myself with the notion of riding singletrack but after seeing some rather large puddles I elected to stay off. A decision I did not regret once mid ride knowing the trails were most likely good to roll on.

So yes the ride was mainly asphalt and multi use but don't judge me. With this newfound unemployment the decision was made to ride bikes and ride them often. Will I make up for lost time from the Summer? I'd say that's doubtful.

Frustration at the city was felt after taking the loop on the outside and coming up to the doomed Cloverdale bridge on the north side. The paved trail that takes you to the top is all roped off, luckily there was a goat trail beside the fence that one could ride up, oddly enough halfway up the trail isn't blocked making one wonder why it was blocked off at the bottom. The trails are only two and a half meters wide. Why did they have to block it?

In the end, a good short ride.Large groups of dog walkers made me wonder what was going on. Falling leaves and cool weather made me happy I have lot's of time to ride now.