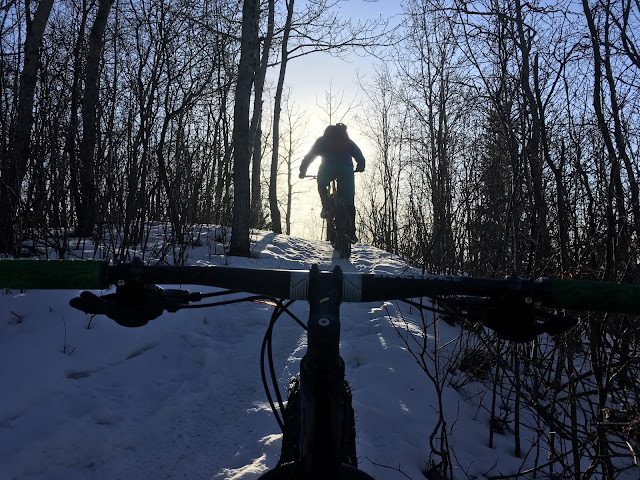 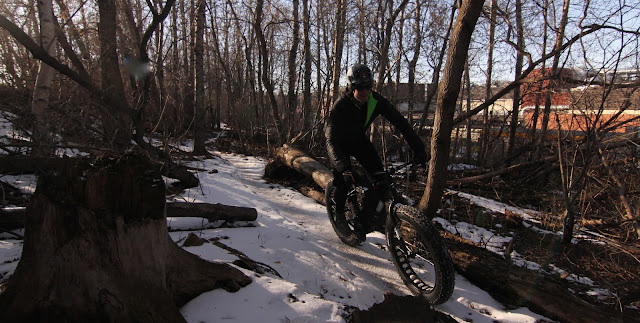 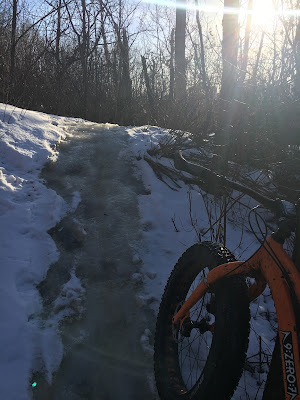 A meet-up with Kent after a long boring day of essentially doing nothing had quickly turned around once we entered Gold Digger's east side entrance for a ride from Gold Bar to the mighty High Level and back through Edmonton's greasy, seedy underbelly.

It's truly amazing how bikes do that. From zero to hero in one hundred feet of trail.

Pure magic, these bikes we ride.

Candidate for ride of the year or at least in the top five. Despite quite horrendous conditions things just seemed to flow well.

Well I completely lost faith in my Dillingers as of today after several slips on the iced ladened singletrack. That resulted in my speed going at a staggering slow pace as I could not trust anything that layed beneath me. It was something that would ruin ones ride but the feeling in the air was festive. Could it be because we are near the end of fatbike season?

We cruised through all the fine singletrack trails leading to High Level. Things got quite sketchy once on McAloon's Rip with glazed ice leading the way which quickly turned to mud. In short we shouldn't be on there and rode Ewok's mid singletrack leary of what came around each corner.

Old Timers and the Canada Cup area was ridden before heading up to the High Level for a quick slingshot back home in the fading light.

For some reason the fatbikes had lot's of fans as we made our way through Roger Place. Old creepy men yelled out at us and young women made comments on the bikes. It was weird. I could only assume the girl's were tipsy on hockey beer and the men, well.... 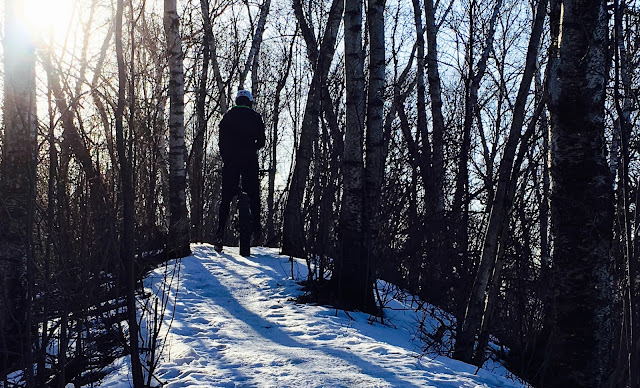 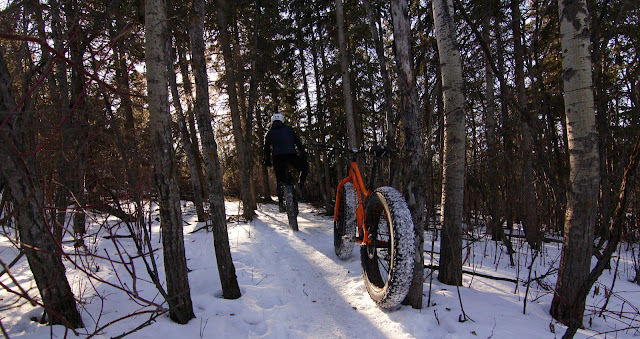