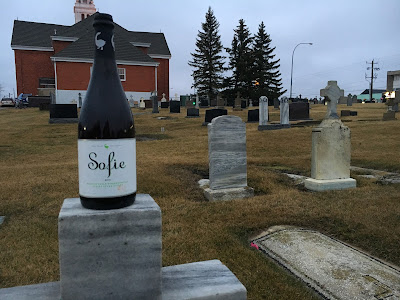 Welcome to Beer Friday, written on a very wet and gross day. Posted in the future where hopes that the days are not as bad. Wait a minute.. It won't even matter what the weather is doing. I will be in camp and working inside so for me the weather is inconsequential.

Goose Island brewery in Chicago was formed in nineteen ninety five. for a craft brewery that is old. Quite old really as all the craft breweries seem to have popped up in the two thousands. Goose Island was formed when John Hall the founder took trip across Europe to see what real beer is like. Coming from America the journey was very well warranted. This was America before craft beer. This was America where Budweiser and Coors Light ruled the roost.

I'll be honest kids. This one sat around in the testing lab for quite a while. Something about it seemed quite special. I had grabbed it on the last set home and didn't review it. The nerves hit and it stayed in the fridge for almost a month. Being at this is officially the last beer I have in my inventory the review is going down. So nervously and sheepishly I will have a look at this 6.5% bottle of awesome.

The pour gave us a large one fist head that sat on top of a surprising golden coloured beer. Given the bottle colour I thought a darker brew would have anointed but was too slow to think of what this is. A Belgian ale. It wouldn't be dark.

The first few sips took me to the patio at the Sugar Bowl on a nice July day. A refreshing beer with tastes of... Hold on a second. Let me sip this one a few more times. Mangos, banana and a touch of citrus. Or is it the other way around. Citrus with a touch of mango and banana? Either way, it is quite enjoyable (and I hate bananas) although it is real hard to taste the banana in here. The heavy carbonation lets the sexy lacing follow the glass down as you finish it. 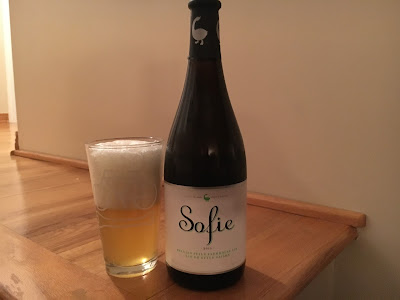