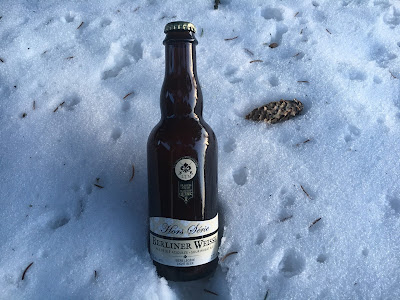 Beer Friday, late week 2 of camp life. Only four more nights to go. Let's celebrate with a good brewery out of Quebec. Les Trois Mousquetaires located in Brossard, Quebec. A region that has been swallowed up by Montreal. Home of the Canadians. A team that if the Oilers didn't exist I would probably have a hankering for.

The brewery was founded in two thousand and four by three guys who worked at a tobacco factory that closed it's doors. They focus on using local products which makes them men amongst men in my eyes.

The beer style chosen; A Berliner Weisse is a cloudy white low alcohol beer that is supposed to be sour. So my defences are up a bit as the word sour is not one I'd choose when talking about the delightful experiences when one sips beer. Although a brewery such as this can be full of nothing but win win.

The pour gave a dirty golden beer which resembled everything a Berliner Weisse is supposed to be. A short lived two and a half fingered head hung around around just long enough to say "go ride your bike gay boy!" Well that was quite rude. Have you not seen the weather here as of late? The first sip gave me pretty good insight as to what a this style was all about. It was sour. The murky cloudy beer when brought up to your nose gave a hint of lemon and sea salt. Tastes of lemon sourdough bread. High on the carbonation with a sour tinge that hangs on to the palate. 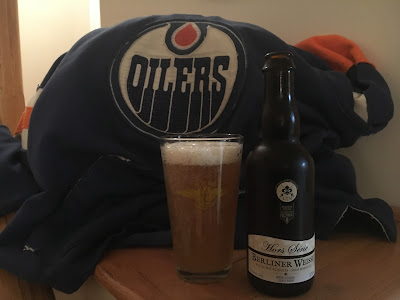