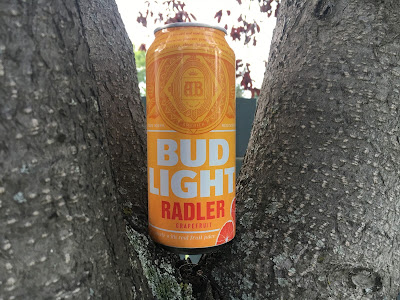 Happy Friday kids. Hope you are enjoying the dog days of August while I am slaving away up north. As we slip through the cracks of the year we are soon going to be heading into the Fall. A prime time of year to ride. With cool evenings and wide open singletrack unencoumbered by leaves. it is the best time of year to roll through the trails. Hands down. Nothing could be finer than a spin through the singletrack when it is cold and quiet.

With  summer coming slowly to a close we bring you one that is familiar with summer folk. A grapefruit beer this time brought out by the giant company known as Budweiser. Now beer snobs. Before you start snickering lets step back and give this one a serious look shall we? Oh, what's that? You don't want to. Well I'll have you know that we at the lonebiker take no beer and throw our beer prejudice at it.

Every beer deserves a fair trial!

Every beer deserves to be heard!

I typed those three sentances out while standing at attention and saluting my archived beer bottles in the testing lab. It was magical.

We poured and it showed a large frothy white head that stood around for a little but than vanished like Spiderman running towards another lame movie idea. The first sip delivered what it was supposed to. Grapefruit. A perfect drink on a hot Summer day while tending to a barbecue. The professional beer reviewer in me is now stepping up. Although the hard taste of grapefruit is there it does seem watered down. Nothing surprising giving where this one hails from. In the end, not a bad beer to have on a fine day with some fine folks. 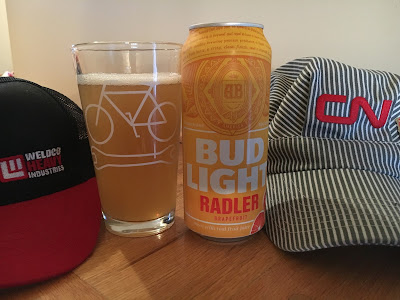