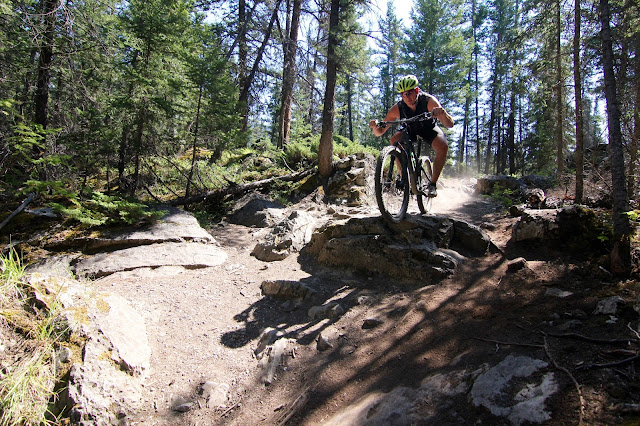 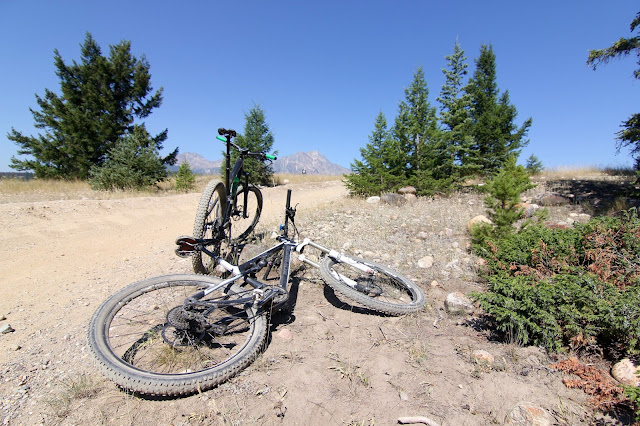 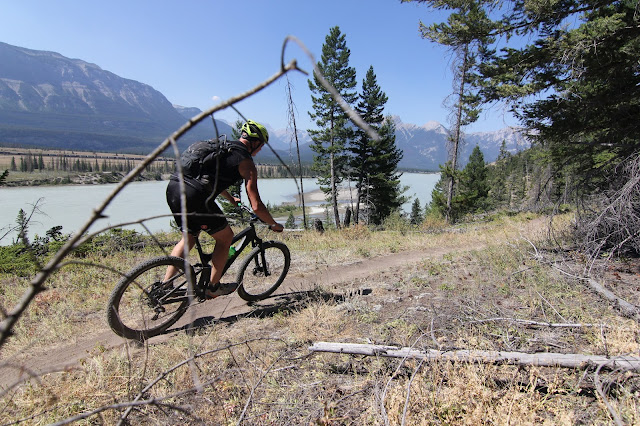 A visit back to the mountains in Alberta's Holiest of Holies. Jasper. Sadly, I cannot remember the last time I had ridden Overlander Trail but in the beginning days of riding it was visited on numerous occasions and it was always met with a furiously high rate of wonderment.

A trail that follows the floor of the valley through dense forests with fast flowy singletrack that soon climbs up along the sides of the mountains where sketchy exposed sidehill climbs and descents awaiten you where falling down will take you to skin graft city or the morgue. So keep your eyes on the trail and don't look down.

We started at the Jasper Rec centre and rode to Old Fort Point. The plan was to climb up and follow trail #7 and get to the Sixth Bridge from there. We were met with trail closures due to bear activity so we rode down to the trail along the Athabasca river where loose dirt and dust welcomed us. Soon we were at the trailhead where a large horde of people had gathered at the bridge where I assumed to wish the Lonebiker a safe and sound journey. Quickly Jason left and started riding as I told him. Some people just can't handle jealousy very well. I yelled "Hey asshole, your a brethren member, they are here to see you too!" 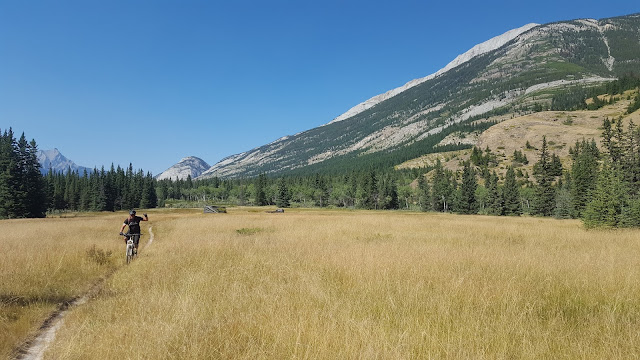 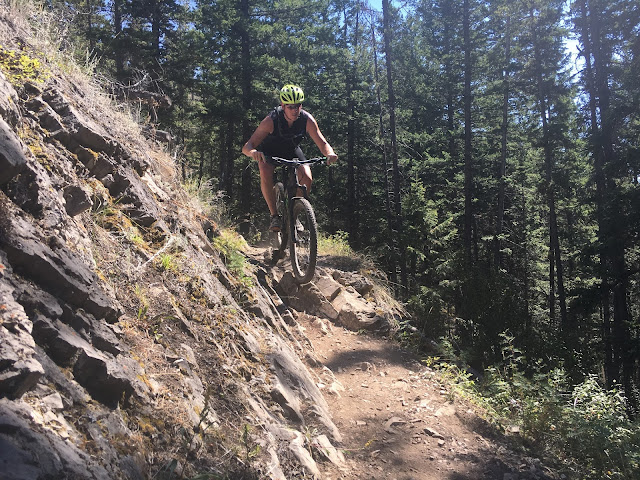 The riding was great and things felt fine until the usual mountain riding suckage that I seem to wallow in hit hard on the climbs up. Early signs of being hungry were ignored and I pressed on in the plus thirty temperatures (this is the part as the writer, I try to justify my afflicted riding state.) Climb after climb was met in the hills and I ran out of gas fast. As things couldn't get worse a flat tire hit where I thought I was done when the sucking quickly turned into the shit-show. After the repair knowing my tire wasn't filled enough I pressed on hoping to reach the turn around point before filling it up more. Jason said my tire looked pretty low and another cartridge went in, not before the bike falling down from the tree holding it up smearing the saddle with sap. Sap went onto shorts and gloves and the smell combined with the heat made things quite miserable.

Thankfully things turned around after that more less, we reached the turn around point and started to head back after filling up on much needed food. The climbs heading back though proved I was done and I suffered incredibly making the return through shale infested descents and long sketchy climbs.

Jason being a true gentleman stayed behind and let me set the slow pace. A classy move.

We got to the flats and I started to gain some strength back and made it back to trail #7 unscathed. I eventually fully bonked on trail number seven close to the river on a gross dirty dusty horse ruined trail. It was a bad moment.

Some head dunks by yours truly were in order at the river which was pure magic and we were soon back at the truck.

All in all, an incredible trail. I often wonder why people fly far away to boring beaches when we have unreal beauty in our backyard.

If your on the fence about visiting Alberta book a trip now. It's quite fucking amazing.