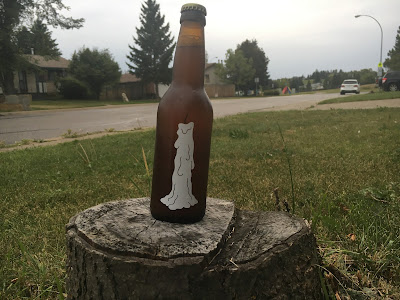 Hope everyone's week was fine. We at Lonebiker industries are rolling into the first weekend up in the north for posting this but are writing this on our fourth day off. It was a fun filled family day which included a fire in my much beloved river valley. Yes that's right. It's all mine. Every square inch. From the paved to the sweet singletrack that makes my heart quiver with each pedal stroke. It's all mine. Well... You can have the Science Park and everything east of Wally. Those three downhills though, are all mine. Bah ha ha ha! *This was all written whilst scratching my white dog who sat patiently on my lap cause I'm one evil son of a bitch.

What do I have against the Science Park anyways? Here is hoping I don't receive another angry email from the president of some local bike club cause I was voicing my opinion.

All right.. All right.. Still just happened. Why you gotta type in all upper case like some douche anyways?

Omnipollo brewery located in Sweden was created in two thousand and eleven by a couple of the coolest dudes probably currently walking the earth. These guys probably have the coolest gig going. They get their beer recipes done and then travel the world to different breweries to make their ales.

Sweet Mother of all things that are singletrack holy! Did you just read that? I could not imagine...

The beer poured a dark dirty yellow like any other angry pale ale should look like. Although not sure if beer pourer's fault a head that took up almost the entire bottle formed. I fired the pourer anyway and we waited for the head to dissipate so we could pour the rest and get some pics in. The first taste was a bit of a surprise as I was expecting a hoppy beer and nothing was there. Some more sips and more of the same. It was a fine beer. Crisp and refreshing but for pale ale it didn't have the qualities that makes one a true pale ale. White bread and lemon seem to round out the rest. Before I end this let me remind you that I am still a novice reviewer. Are American Pale Ales not supposed to taste hoppy? This one still is good though. 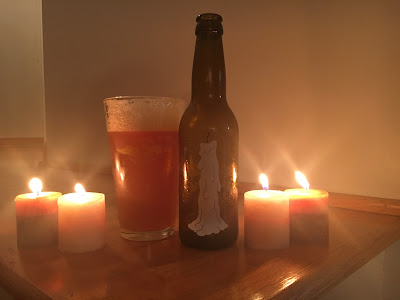