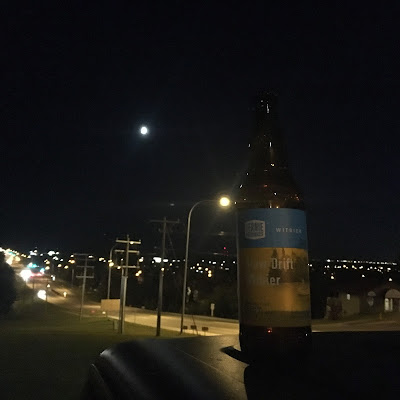 Alas, it is Friday and the beer review crowds have gathered for another session of doing another fine beer review. 'Crowds?' you ask. That's right, we now have a gallery put in the testing lab and for $490, you too can sit and watch a test go down live. Imagine being one of the only one who knows the results before anyone else as these are not posted the night of anymore!? You would be the envy of your friends and your family members would be beyond jealous. 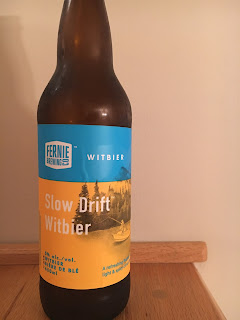 Sadly though, beer review live testing does have it's drawbacks. First thing first, there is no eye contact allowed between me and the ones watching (interns included). When I am in the room it's pretty much eyes on the floor. Also the demand is so strong for tickets right now there is over a fifteen year wait. So we with you luck.

Fernie Brewing has been on here numerous times and has failed to disappoint. Fernie, British Columbia is an absolute epic bike mecca that must be visited. While there go visit the brewery and take a tour. It's the right thing to do when in Fernie.

We poured and the crowd was in utter disbelief at what they were seeing. A golden  cloudy wonderbeer splashed around the mug inducing tears of joy through the room. A two pinky fingered head showed itself and was soon gone, shy like the way a mouse runs through a lit hallway. It smells like the inside of peeled orange shells, and oddly enough. Drywall chalk. The first sip gave a light taste of unsoured lemon with green tea. The mouthfeel is light and easy which finishes dry.

We know Belgian White Ales aren't for everybody but Fernie really nailed it on the head with this one. 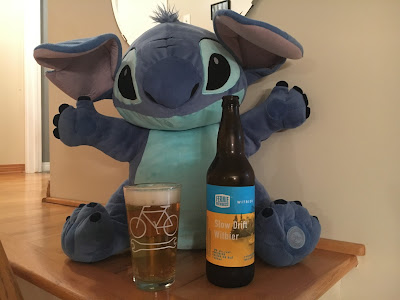