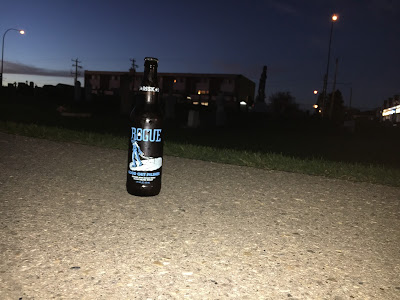 Once again writing this late on my last couple of days home and know it will be posted when I'm coming home. Yes it will be another two weeks of work, sleep, eat and work. A process that is hard to get into but once your in it things seem to flow fine.

Rogue, from Portland. Perhaps America's coolest city. Or douchiest depending on how you think of things I guess. Just do the world a favour. If you have a strong feeling about it (or generally anything) don't go straight to social media and voice your opinion and get offended when people disagree.

Well damn it.. I'm offended at myself for writing that.

Well thank God we have craft beer from Portland bitches!

Rogue has been on here several times and all have been winners. The original brewery started and I believe still resides in Newport, Oregon. Where in relation to Portland exactly is that? I'm too lazy to open another window and find out. That is how lazy people have become nowadays in the year 2017. Well.. How lazy I have become. Or maybe I just want to soak in the last bits of leisure before I leave?

The pour was great. a light straw coloured beer was birthed from the bottle into our testing glass. A two fingered head took it's place and soon was gone. It smelled of very light everything. I'm not joking, it was hard to put a definite point on things. Oh fuck, wait a minute... My nose is quite plugged. Ha! Whoops!

We tasted and it was very light and easy drinking.

Damn it, it's refreshing! 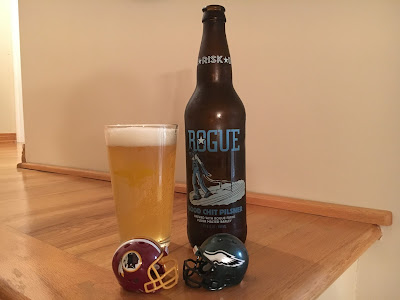