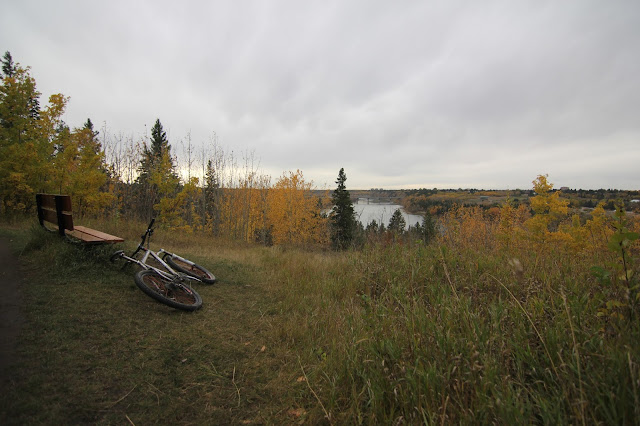 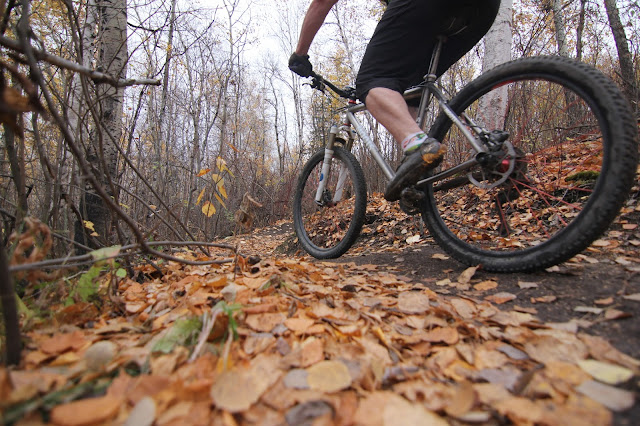 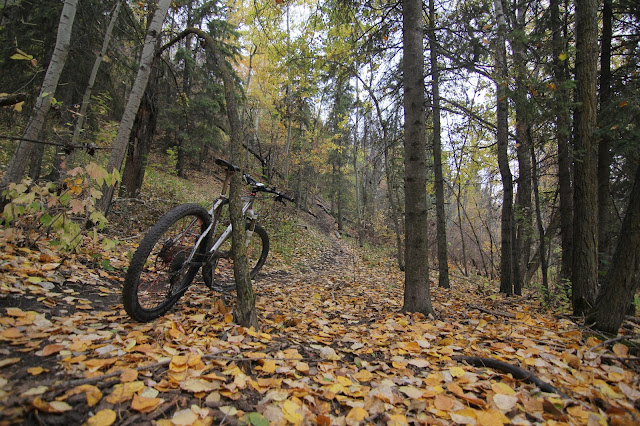 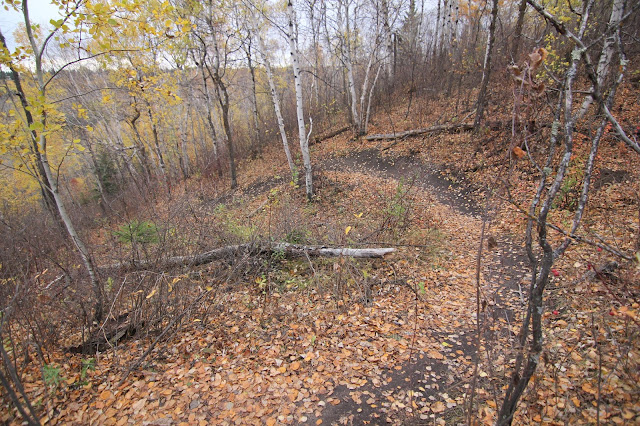 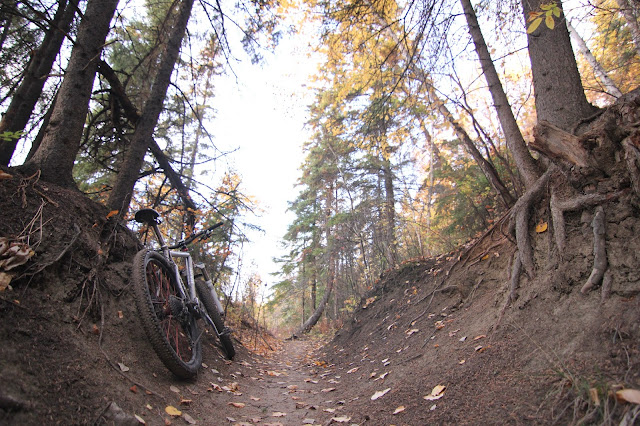 Ride of the year perhaps? A definite contender. Also a ride where I realized that my Rocky Mountain is sadly a bit useless. A bit... Not fully.

The ride from Kinseman where I went up the hills and rode Masters Degree with the most ease. A few slips and foot dabs due to the trail being a bit greasy from the moisture we had lately and it being late in the year. But the hardtail proved it's worth in a big way. I exited and soon found myself on six Shooter (aka Three Pistols for Gord) and made it up with a lot more promise than the other day.

Well it was no question I was heading to Selkirk Knights. After a rest atop the Equine centre I rode down 7-Up Hit Up and found myself at the bottom. Better than Machete kids? I'm starting to think so.

Selkirk was entered and the relentless climbing switchbacks were so much easier. It was a complete night and day difference from the other day. Now let it be known. When I say with 'ease' there was lot's of struggling. The granny ring was in charge of the mission almost the whole way.

The trail is quickly becoming one of my favourites. The ferocious nature of the non stop switchbacks heading west was becoming more addictive than heroin. As the trail flattens out you get happy but all for a minute as around the corner there is more climbing. It should upset you but it doesn't.

This trail gets into your riding soul like smoke gets into clothes.

After exiting I made it easy on myself and rode Flat Pete to the bridge and back via Logoramethic (or however the hell you type it.) The log trail? Meh. Not too great. Flat Pete remains the best trail in the Oliskew area.

The allure of Selkirk called my name again and I rode it back west for the first time. It was much easier heading east but still not an easy stroll. Granny gear took me back and I exited and scampered home. 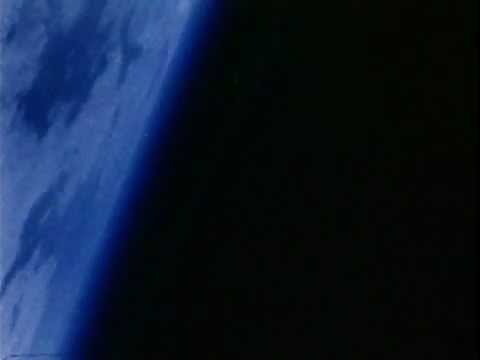