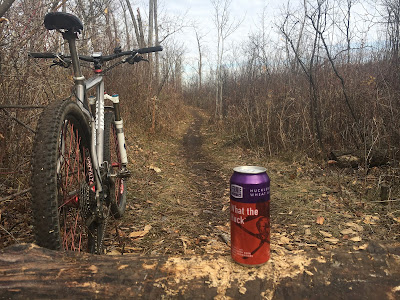 Would it be rude to say that I am sick of reviewing all these incredible British Columbian beers? It seems like every corner of that incredible super province they are shoving them in our face as if to say "Hey bitches, we rule at every part of being a kickass province. Now have a look at what we offer for craft beers!"

That's just disrespect to the whole country right there. Mind you, Alberta is pretty sweet. So in a sense I don't feel so bad. Yet then... I've been to Fernie. Home of this here beer which we are reviewing and damn... It's pretty nice.

Fernie brewing. A long time regular on Lonebiker's Beer Friday has always done well and we are bringing you their huckleberry wheat ale. Duly named 'What The Huck' after the incredible skiing the area offers where a lad (or laddess) can surely 'huck' himself (or herself)  off a tall ledge into a mass of powdery snow down below making me wonder... 'Why did I never get into skiing or snowboarding?'

We poured and it gave us a nice dark yet golden beer that had a two fingered head that stood as King on top. No smell to discern but I am plugged up considerably so...

Hey, have I mentioned these beer reviews are rated 'A' for amateur? So stop judging assholes!

A taste of berries which are tarty along with a sweet reminder that this one comes from Canada. Oh kids... I'll admit. Being plugged up and taking this one for a bike ride today has my senses all messed up as well as the mojo of the beer. Is it a bit fucked from being jarred around in my camelback? Should I have left this another day?

As the sipping continued things got better and I'll tell you this. Tarty berries and malty bread come together to make this one a fine beer to have as things are starting to cool down. So grab some of these and sit around the fire after a good day of riding bikes or out on the slopes. 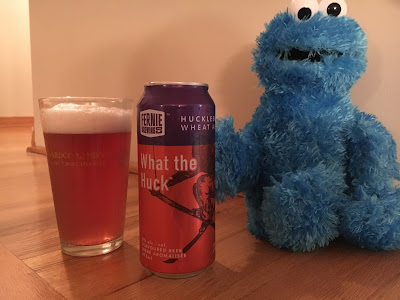