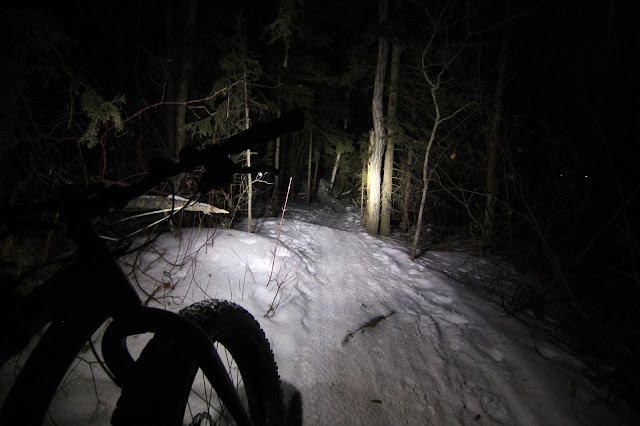 A quick roll from the Science park after a planned start at Capilano was diverted due to a slow moving train. This was a ride I wanted to do last week but the weather changed my plans. I dropped into the valley at a busy downhill ski hill and within one minute I went from legions of people to absolute nobody.

Bikes. I love you.

Some thoughts on riding through Cambodia entered my mind but being by myself in the dark and the sketchiness of the area made me ride through Rundle. I might do it alone one day but between the iced sections and steep drops I chose the more pussified route.

I was curious on riding Gold Digger as some people in the local riding circle (brethren members maybe? Nooo!) refused to ride in the area due to the high volume of cross country skiers in the area. I'll admit, when I first read that on a group text my eyes rolled so hard that my corneas literally scratched the floor. On a Saturday or Sunday afternoon, absolutely. That place is buzzing. A weekday night? I hardly thought so.

But hey...! I haven't been in the area at night on a weekday in some time that I can remember and with lots of people finding outdoor sports maybe that was the case. I just did not think there would be high traffic in the area. I doubted it when hearing about it and even doubted it when I came rolling in tonight.

Not a soul was seen on the lower areas that were light up.

I entered Gold Digger and came to the first crossing on high alert. Thinking that area was lit up too which it turns out it wasn't, I proceeded slowly through the crossings looking for skiers and did so repeatedly until I was at the end. Not a soul was seen. It was eerie quiet as I expected.

All that being said. Treat that area with respect. The skiers were there first and have the right of way. Hearing some stories on fat bikes ruining long stretches of cross country ski trail in Strathcona only make the bike community look like complete assholes.

Weekends in GoldBar are busy so I suggest either staying away or  riding with respect. If you are out at night during the week as I was keep an eye out for the heartier skier who might have lights on up in the hills.  Always yield to the skiers. Please kids. I beg you.

The ride ended after climbing up and Ada Boulevarding it home. I should have ridden Gold Digger back. Maybe the crowds of skiers would have shown up! 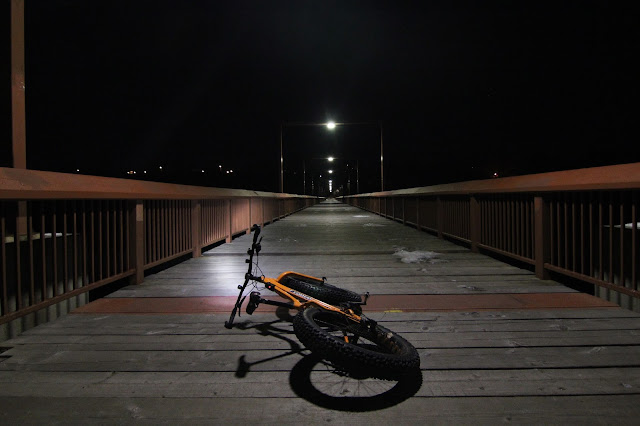