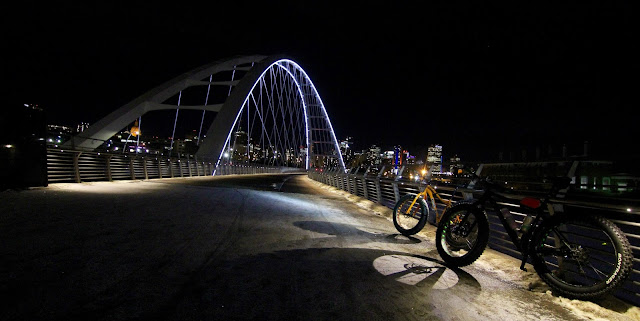 After a very rare event, which was me sending an invite to the Brethren members on group text aka 'The Brethren Bat Signal' Jason took the bait. With such short notice Gord and Kent could not make it. I was devastated. It was all made up when Jason had a planned Hardcore Bikes group ride tonight and ditched it to ride with 'LB' as he put it. Now that I think about it, is that an acronym for 'Loser Bitch?' If so... Hey!

We started in Mill Creeks upper pool parking lot. A quick steep drop in where I slid into a log and could not get proper footing to get going again. I was off to a fantastic start. The bottom was met with a cute couple having an illegal fire right off the trail. I blew a snot loogie in a salute. I'm sure they were smitten.

Blue Man Group took us out and Dirty Mattress, West Coast Trail, and Old Timers were all ridden where I had very loose control of my bike and was all over the trail and off the trail at times. That combined with a pedal squeak that came back in full fury.  Jason sauntered on as Jason does, unencumbered. There is a guy who loves to ride bikes.

The squeaking came and went throughout the ride. We eventually found Kinseman and climbed and descended up and down like a man with tourettes without all the yelling. The snow conditions were quite nice and other than me not finding my groove in the beginning I finally learned how to ride a bike. Other than a bad lack of fitness on the climbs.

Jason had his first east side bridge crossing on the sexy new Walterale and of course was impressed. I mean really... That bridge is pretty kick ass.

Mill creek was met again after coming back on the Low Level. The high side was ridden, Ridgerunner? That the trail? Hmm... Anyways it's been a while since I've been on that.

In the end, great ride. Will see about a full brethren ride before I go back to God's country. 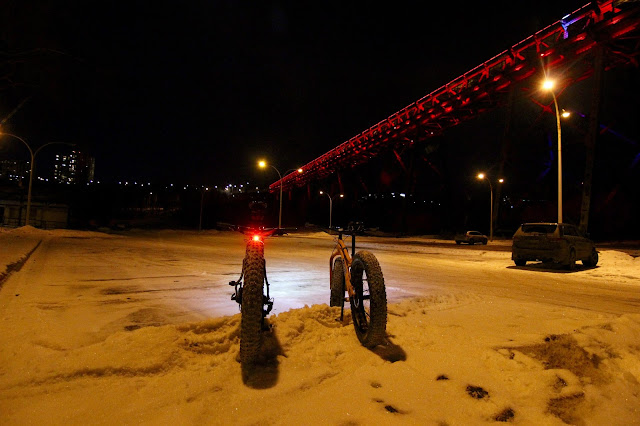