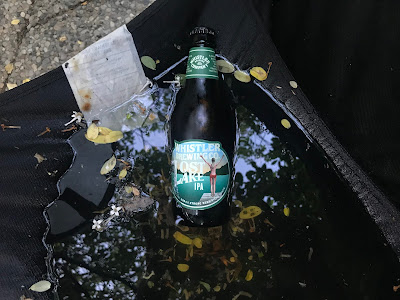 Well another end to another long hard week of work...

Not quite, its a long end to another week of hobbling, trying to walk up stairs and bitching incessantly about my condition. Not gonna lie, this is now entering week four where the leg pain is hitting high cords and I'm a little bit down at the whole situation. Getting up and out of bed in the morning is by far the worst.

Acupuncture is now happening and I would like to say after my second visit in a row today I feel a bit different. Like better you ask!? I know your on the edge of your seat right now but I'm not gonna answer. Don't wanna jinx it if it's good.


So there. From someone who gets annoyed at people who post updates on their lives consistently on social media I just did it. Except this ain't social media. If you come on here looking for current ride content. I'm sorry. Gonna be a while. Check the archives. Almost ten years of content right there.

Whistler brewing comes from... Guess and win a Lonebiker one piece bathing suit set for you and the wife!

It was established in nineteen eighty nine, the year the Forty Niners won their third Super Bowl and the Oilers won their fifth Stanley Cup.. Wait! No!

Well there you have it. So we poured and it gave a nice dirty looking beer with the robust womanly shape of a 1950's pin up girl. A robust and dank one and a half fingered head stayed around to chat while we set up the drinking stations.

First sip was had and it showed to us and the world it's IPA prowess. A heavily bittered taste hits you which is soon washed down with happiness or a pine taste mixed with earthy hops and a sour citrus smack to the face. The sour notes in this are strong. I get it, India Pale Ales are not for everyone. If you are a fan of them I would suggest this. If you hate bitter beer than stay away. 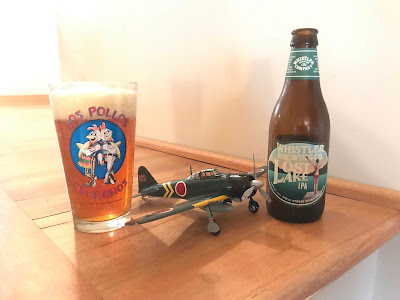