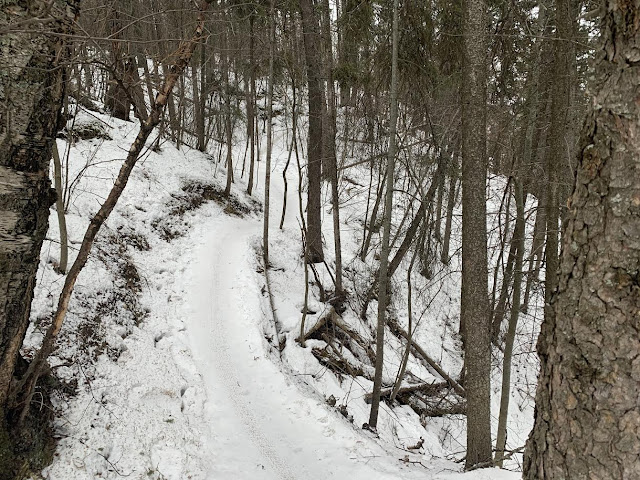 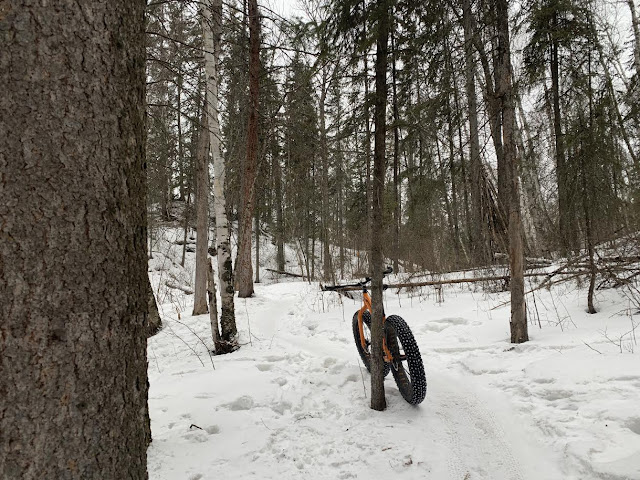 This one came very close to not happening. I forced myself to ride and it worked out.

Not a soul was in the valley which was amazing. I'm sure the cold weather kept most people away, especially the gym rats and mall walkers who I am assuming are plugging up the trails as of late. Or maybe I'm just a judgemental asshole, yet you know what. Normal river valley people are pretty intelligent and the ones I came across today were incredible at getting out of the way (it helped immensely when I fake coughed uncontrollably as I approached.)

Seriously. people were top notch, I was even applauded as an older couple I came up to on Saskatchewan drive after ditching Ray Gun ("You ditched RayGun today!?" yelled our newest intern. "Yes I did, I'll write about that in a bit, just not there yet. Shut up.") Where were we? Ahh yes. I exited the sidewalk and rode on the road as I approached them which they liked and clapped. I smiled back. Ahh Fudge.. Is this me looking for kudos on how good of a human I am? Wow. How pathetic there mr Lonebiker... "Ya, totally lame." Said the intern. I glared at him immensely.

For the first time. I did not fire an intern for talking to me. These really are weird times.

From Kinseman I rode west to Hawerlak. the cold air and fresh falling snow did create some euphoric moments. The euphoria set in heavily once on Raven. I mean come on man.. How does one go through that area and not stop at least once and go "Holy shit! Life is awesome!" The trees and trails seem to congregate there in a manner that is indescribable. Once you get the sun and shadows (which I did not have today) it is full on amaze.

Raven did get quite sketchy once the off camber sidehill riding came along. Ice covered the trails and when not careful it did some bad things to your bike. After a couple quick wipe outs I walked the steep descents and ascents and soon found myself under the End of the World. A quick glance up and I was happy to see there was not a bunch of people taking selfies for Instagram. This virus is good for some things, no?

I rode out and took Saskatchewan drive to Ray Gun. The ice ladened end of Raven scared me and I entered RayGun and quickly left on the original exit up top. It was iced trails galore and I was in no mood to fight with it. 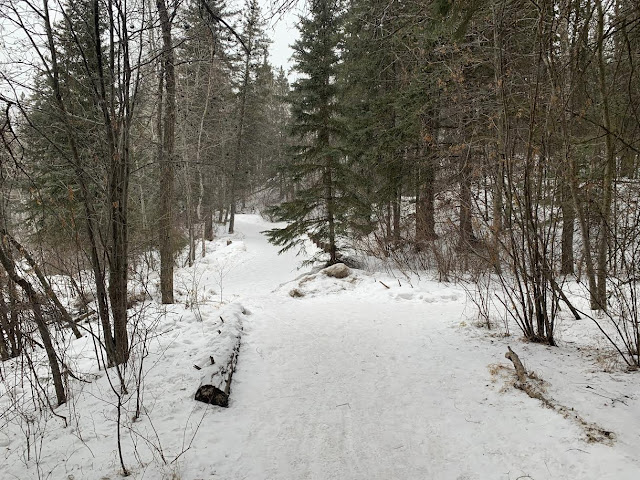 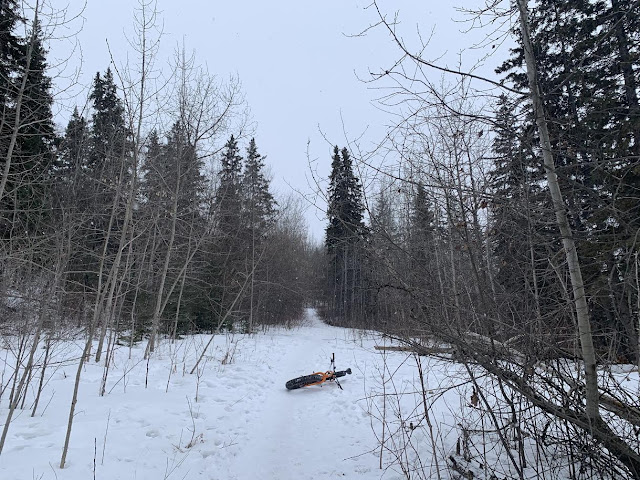 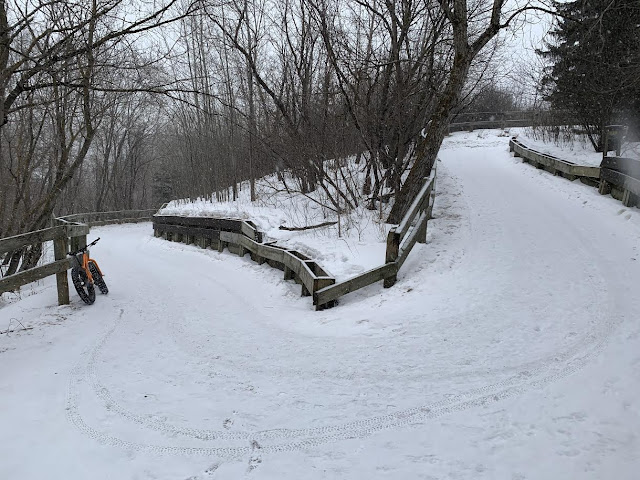