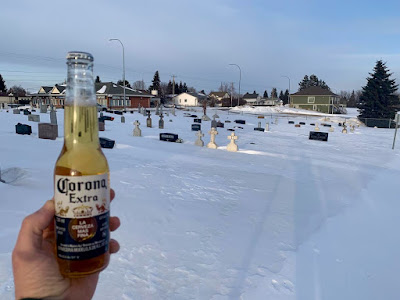 Quit panicking people. We will all be fine, for the love of God quit getting in fights at the grocery store and Costco as some people think having 84 rolls or more of toilet paper will be the way to survive this.

Yes, I know. I melt steel together for a living so I am not even close to being qualified to give any sort of medical advice but if we could all just calm down a little that would be great. The hysteria and fear that is being fed from the tools at the media is not helping which then feeds into the social media circles is beyond ridiculous.

So here we have Corona. A beer that is taking a serious shit kicking all thanks to the Coronavirus. The brewery has already lost over 132 million dollars in lost revenue and they are expecting to lose a lot more as this thing makes it's way around the world.

I don't get it? It's named after this flu and people won't touch it. I guess these are the same people hoarding toilet paper, so in the end  it does wash out in regards to eyebrow raising from the sensible folks.

Come on kids... The real bummer here is the Edmonton Oilers were killing it and now the hockey playoffs are in serious jeopardy.

That saddens me deeply. Let's have a beer and talk about it.

The pour gave a small half a fingered head in a weak effort to gain trust from the beer review team. It sadly didn't work. We went into this a bit skeptical as previous Mexican beers did not show any effort in being awesome. The smell was over the top skunky I once thought Molson Canadian was horribly skunky then I had a whiff of Corona. Whoa man...

Not gonna lie. This review is not going to go well for Corona. It's failed in two categories already and the review team is not giving much hope for this beleaguered beer to pull through and win over some hearts.

We sipped... I can't remember the last time I had a Corona. I do remember an incident with it spraying all over the place as we were out eating and I put my lime in and tipped it over and it fire hosed all over the restaurant. Yes. That was quite awesome.

This time the taste gave me.... Honestly. It was better than I thought it would be. It did taste a tad skunky but the overall taste was fine. I did not run to the sink with a mouthful and spit it out. Other tastes were that of well.. I cannot discern. Guys. this is an amateur beer review site, you know that right?  Let me try again. Eyes closed and a full sip. Here we go...

Nope. Nothing... I'm getting nothing but skunky dankness from this. It seems to be getting worse as it warms up. Dear Lord! This better not be a premonition as to what's coming Corona related!

This beer gets 1.5 suds out of 5. Now wash your damn hands you sick fucks. 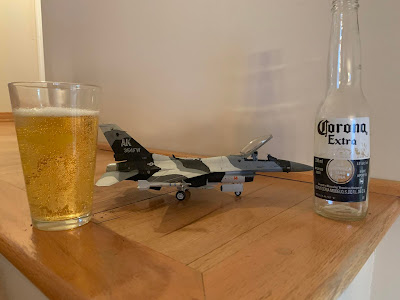