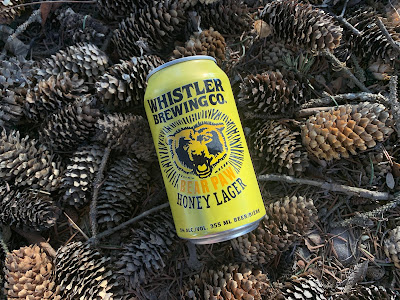 Happy Friday kids. Welcome back to yet another instalment of Beer Friday. Another work week ended Thursday morning on nights which rendered me somewhat of a zombie for the day. I was up at three in the morning wide awake and haven't been back to sleep since. A couple naps were tried but sleep is just impossible. It is really odd being so tired yet wide awake and not able to sleep at the same time.

Working nights is something I will never get over. I'm fine working nights it's just the post work recovery on the start of days off that kill me.

Yes I know I bitch incessantly when I come off nights...

Hope everyone's week was fine. How's that corona thing going? I haven't really been paying attention (you know, working nights). Is everybody social distancing like good neighbours? You damn well better be! How about the middle aged white women? Have you snitched on plenty of people you thought weren't social distancing? Or how about complaining about it on Facebook or Twitter?

With talk of things opening is it too early? Will this create a litany of other problems with things open again? Again, how will the middle aged white women react when they walk by a park and see some teenagers walking too close together when it isn't recommended?

Will they talk to the parks manager or the town mayor if available?

Will they approach the kids disobeying social distancing and berate them loudly?

All these questions will be answered in the coming months.

Whistler Brewing which justifyingly  is in Whistler, British Columbia was formed in nineteen eighty nine. The brewery has eight regulars in their lineup with seasonal beers and some unique beers for the adventurist.

The pour was great. A very healthy looking golden beer splashed its way into the beer tester mug. In the end it showed a beautiful golden coloured beer with a nice two and a half fingered head. The perfect beer to have on a Spring day like this in your backyard. We smelled and honestly could not detect much of anything. Blame springtime allergies or the coronavirus for this one. We did detect some sweet malts but that's about it.

We tasted and were quite impressed by the first sip. The honey flavour is strong, not ginger strong like last review but it is strong. Upon more sips the strong honey flavour wasn't there. It was gone and replaced by sips of a smooth unapologetic beer that just want's to be liked. Again, it is hard to discern what tastes are there but it is quite enjoyable. Best spent in the back yard by the barbecue. 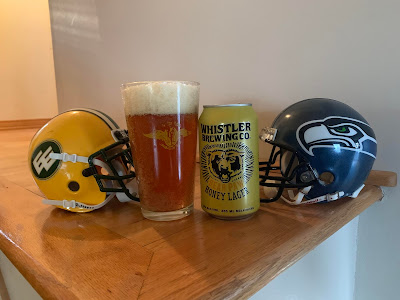