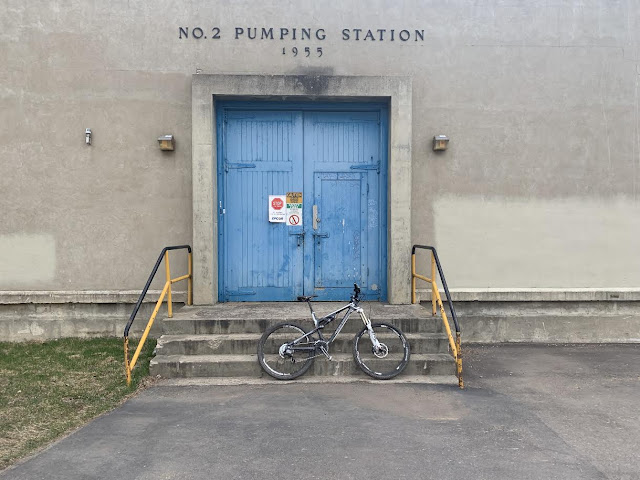 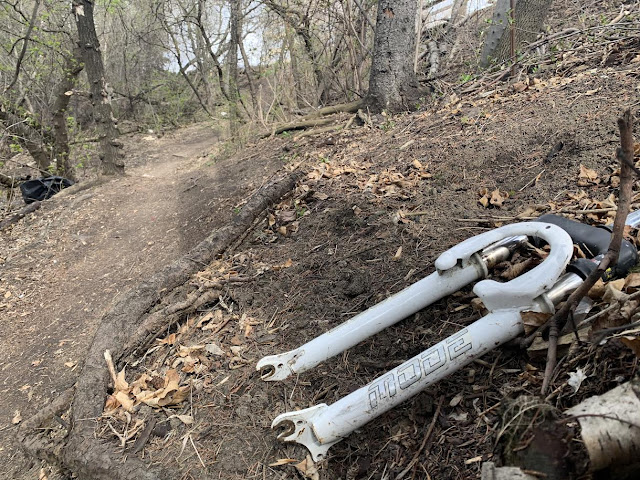 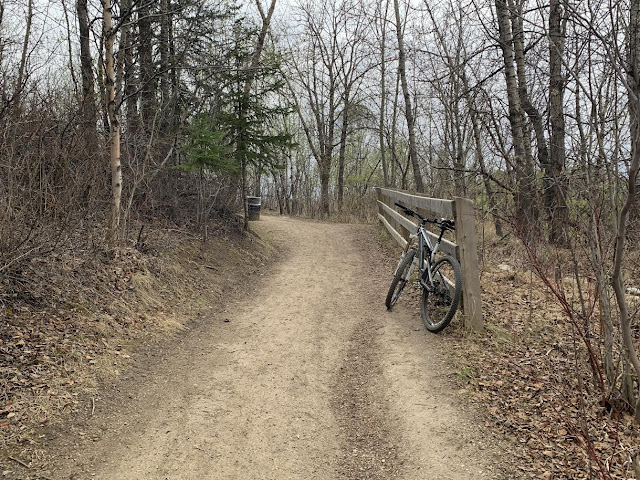 The title of this post is wrong as this ride did not stay in the confines of MillCreek. I did sneak outside along the river and even crossed (gasp!) but came back to my home.

The ride which almost didn't happen. In fact I had mentally given up on going riding today as I had a new door being installed at Lonebiker headquarters. One of many house band aids I have to spend money on which keeps me away from new bikes or parts and copious amounts of beer.

I decided to keep it low key and park at MillCreeks old school spot. A ride route that has been ridden countless times. Why do I even bother posting about it anymore? You know why kids? Cause it was a bike ride! And bike rides should be discussed.

There is a very short downhill right after you cross seventy sixth avenue which I have been hitting for probably twenty years. Does it have a name? Hmmmm... I'm scared to look. I think I should be nominated to name the little trail as me and the trail have a connection. I am seriously scared to look on trail forks considering there are trails named 'Lovers Lane' in the valley that once had noble names and nobody bats an eye.

Hold on... I gotta check. Talk amongst yourselves for a few minutes. But don't meet up you dingbats! We are on the downside of a pandemic!

It's called MillCreek Drop In. A fitting name as you drop into the trails. I was kicked out of the ravine in that spot twice by overbearing wanna be bad ass Police officers as I rode down it very fast and they were old douchebag white men with authority. That happened in a span of one season as they were looking for missing people whom showed up dead later on.

MillCreek Drop In was super fun today on the Altitude (its super fun all the time.) I did remember thinking that was worth the drive out. That short little downhill.

I expended my energy quickly on Earthshaker as I was feeling the good vibes quite strongly. Bikes have a funny way of doing that. Add in singletrack and well I have no control. I exited the ravine and crossed the river on the Low Level and came back via the mighty Walterdale. It was West Coast that took me to Blue man and I was back in the ravine dead tired but I forced myself to loop back and ride the high trail on the Trap. A wise decision.

It was superb. An excellent start to days off.